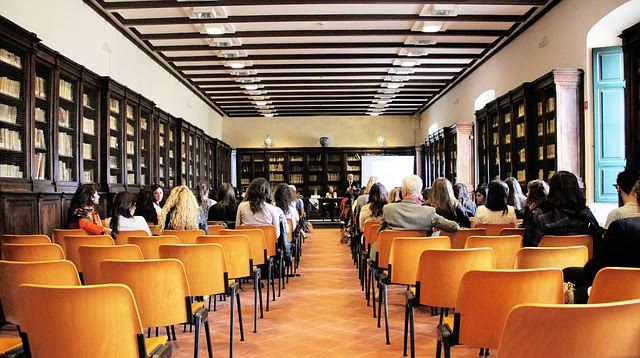 Day 2 went pretty smoothly. I think the main highlights for me were the panels involving The Ed Greenwood Group. I'd like to write something for them.
The panel on mental health was interesting. They talked about a variety of issues including psychopathy, sociopathy, depression, autism, adhd, anxiety, and post traumatic stress disorder. They said something I wholeheartedly agree with, which was that people are not defined by their mental health or other conditions. Yes, they implant their experience of the world, but they are not their condition. I also identified with what they were saying because of my autoimmune disorder. Someone walked up to me the other day when I was surrounded by a group of strangers and loudly said that he was surprised I do martial arts given my "illness". I do not think of myself as ill. Ill to me implies that I'm dying of cancer or have something like cystic fibrosis and need organ transplants. Largely I manage quite well with very little medicine, eating healthily, and exercising. I need more water and lubrication than other people. I get fatigued easy. I have some tendon pain. I have zero percent worries of having a healthy pregnancy when I find someone who I see a real future with. Yes, there are people who are more debilitated than I am. I think a major difference for me is that I've had symptoms since I was a young teen. I've grown up with this just being a thing I deal with. Other people deal with sick parents or depression from the loss of a loved one or something else. Others with Sjögren's were extremely athletic prior and get hit hard by it. That would be Venus Williams experience, I believe. But she still plays tennis. Because she loves tennis. I'm actually very healthy. My heart is in great shape and so are my other organs. My eyes aren't damaged either. It is a small piece of who I am.

We also talked about how a psychopath will convince their victim that the victim is remembering things incorrectly and systematically tear apart their self esteem. Basically they'll convince the person that they have a mental health issue when really it's the psychopath's version of reality that is messed up. There's a good reason why I'm so picky when it comes to choosing someone to spend my life with.

I changed panel plans several times. I'm not much for attending readings of any sort, so I went to one called, "Our Monsters are Us," which explored ideas like how humans often try to label anything different as bad.

The one Stormtalons panel was only for current TEGG writers, so I went to one on adapting literary works for TV and Movies. I didn't learn as much at this one as other panels but it was nice to just listen to the discussion.

The panel on writing groups was interesting and in line with what I thought. I'll be unable to attend my group for the foreseeable future as French class is during that time slot. Becoming bilingual is important to me.

I took a break for food, drinks, and socializing before going to a panel on selling at conventions. There are divergent theories on this and it's best to find out what works for you was what I took out of it.

January 09, 2020
A legend in the roller derby community is gone. How and why, I do not know. What I do know is that many are reeling from the news, myself included.  Hanna was known for big hits and a brilliant personality. I experienced her hits first hand as she sent me flying a number of times. Then she'd smile and make sure I wasn't hurt.  I stumbled onto this clip on Youtube from 2012 and I think it shows Hanna as many knew her. She was a force off the track too. As a cofounder of the award-winning Top Shelf Distillers , she gave much to the surrounding Ottawa Valley community.   Hanna was a relatively petite woman and it was she who taught me that I could be mighty despite my size. I wouldn't be the woman I am today if I hadn't had the pleasure and the privilege of sharing the track with her.  I'm shocked. I'm sad. I'm upset I'll never see her or speak to her again.  R.I.P. #10. Rae-Rae
Post a Comment
Read more