So last week I had one of those big birthdays where one starts a new decade. I spent the tail end of the previous one figuring out many things about myself and my needs. This included my spirituality, my politics, and my sexual orientation. Because I had time to think about things in a lot of depth, I think the next decade will be good for me or at least better than the previous ones have been.
I also anticipate my 40s to be better because I care less about many things that I should've stopped caring about long ago. A more solid view of what is actually important has replaced those old cares.

But some days, I have no idea if anything will improve.

On fitness, I got out for an hour long walk on Friday after work. I was hungry, tired, sweaty, and a little mosquito bitten after, but I felt great. This is something I clearly need to do more often. I had felt like skating would be too much of a mountain to climb that day and it was fairly warm, so the walk was what I opted for instead.
I spent most of Saturday fighting with my bicycle. It's a complete pain in the ass to find tubes for the thing. I just want to ride it and my current tubes won't inflate fully. I've taken it out 3 times and only the first time could I actually ride it. I reached out to a friend who is fluent in bike in the hopes that he can help me figure out what to do. I've contacted a company about a tubeless option.

Gaming and guitar will be combined for a little bit as I was accepted into the closed beta for Rocksmith+ and I'm super excited about this. I tried the acoustic option and that piece needs improvement in my opinion as the game wouldn't connect to my Snowball microphone, nor would my in-built microphone hear my guitar enough to tune it no matter how close I got to it. Electric it is until I hear of a patch for that aspect.

As far as reading goes, I finished listening to the audiobook of The Great Gatsby by F. Scott Fitzgerald and promptly watched the 2013 movie on the weekend. I felt it was a better book than The Beautiful and the Damned. That brings me up to 9/24 books read this year.

On writing, the last thing I needed to do was start something new, but that's where the words took me this week. It may become my NaNoWriMo project as I think the structure would lend well to it. Oh yeah, it's hard to write right now because it's the busy season at work. I had a busy season in my previous role followed by a brief breather before ending up in another busy season. This isn't so bad though. I typically write less in the summer and just experience a lot to fuel my creativity through the rest of the year. At least, I used to before life got all messed up with those years where I was restructured out of my job and all that followed. This all means that I should actually have time to give NaNoWriMo a serious attempt this year.

On my house, I'm slowly getting to put things back together, but I'm constantly held up by something. I have no idea where the switch plate is for my bathroom. Maybe this would be a good time to upgrade the switch and get a new plate? After all, the outlet connected to it is the rectangular type anyway. I also can't find the other half of the part needed to hang one of my pictures. It's a sweet baby goat with a flower. 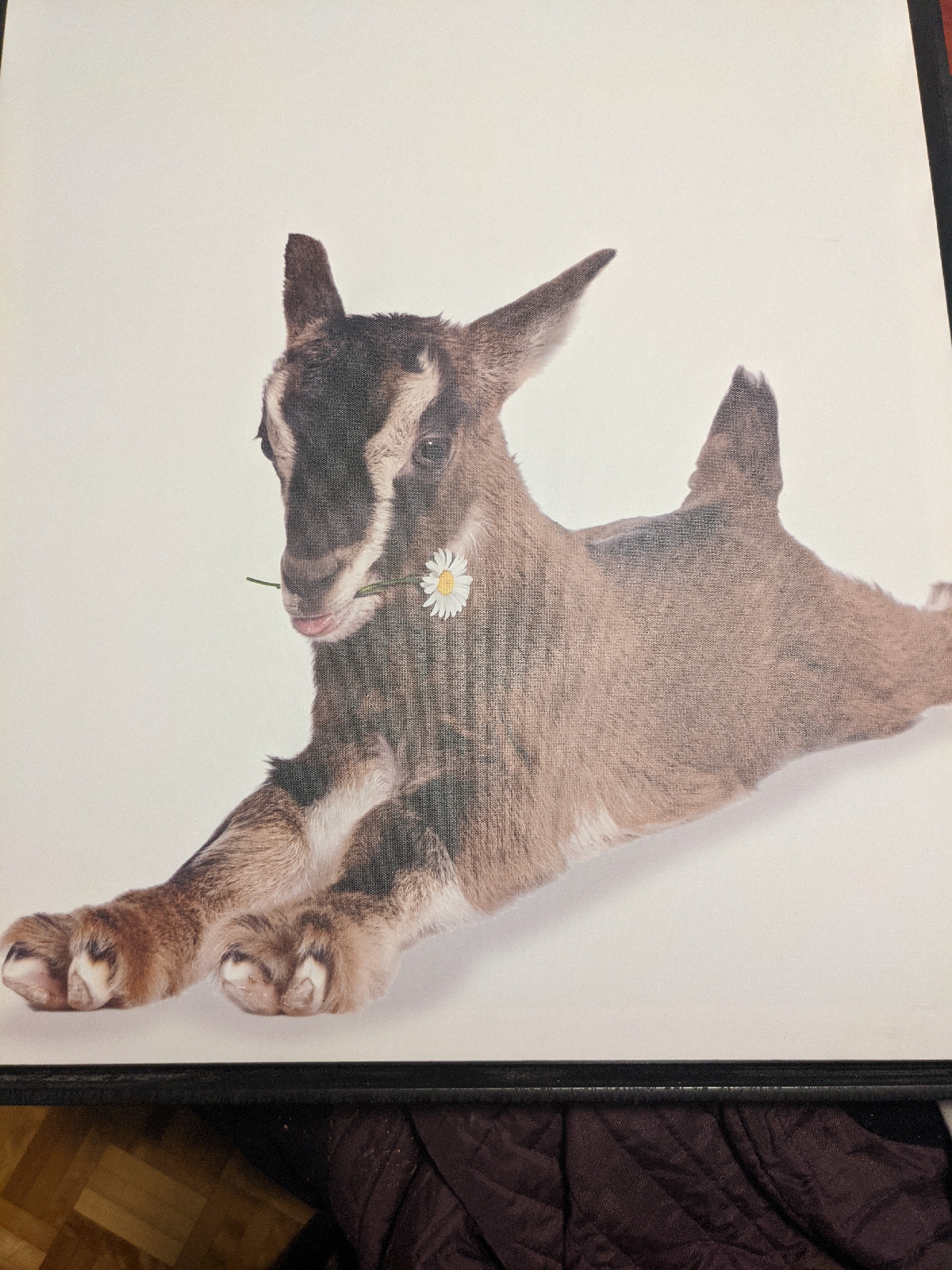 I swear I was being careful with the part yet it has still disappeared. Maybe the two items ran off together like the fork and the spoon?
I did manage to declutter my jewelry. It's not enough to be all in one jewelry box, but I purged things I didn't truly enjoy or ever want to wear. They were just taking up space. I feel like I'm taking baby steps when I want to finish the race. It's entirely frustrating. All right, back to looking for that part to hang the little goat.
My living room is slowly improving, but it's also where I've been working on my bicycle, so I might need someone to dig me out of the pile of tools 😂

Update: Just before I was going to post this, I found the part for hanging my picture, however, it seems to have switched places with my measuring tape.