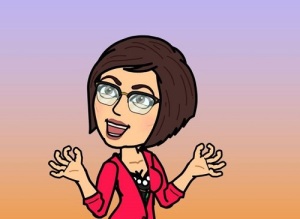 Around mid-day on Friday, my phone died. After trying cache wipes, factory reset, and more, it just wouldn't come back to me. Late on Friday, I saw a cockroach n my kitchen. It ducked into my saran wrap dispenser. I think I'll be getting rid of that device. I spent the weekend "sleeping" with the lights on. You can guess how much sleep I actually got.

Both of these things affected me far more than I wished they would have. I'm a horror fan. I read it, watch it, and sometimes write it. I couldn't do any of these things this weekend because of one cockroach. With my phone down, I couldn't access the Kindle app because I forgot about the browser option in my state of distress between the phone and the bug, so I went to the next book in my reading list, which happened to be The Glass Castle. This book is a memoir of a woman whose parents are dumpster divers and so far it sounds like they neglected their children as she got badly burned as a child. Well, that helped me put things in perspective.

Canada Day was spent obsessively cleaning, playing video games, and watching the live stream of the concerts and fireworks. I've realized that fireworks are kind of boring to me these days. There really hasn't been much innovation in them. I long for fireworks like Gandalf's! Perhaps the fun of them as an adult is watching your children's faces light up in excitement.

I played a little Assassin's Creed 2, but realized I'm not fond of the game. Desynchronization happens far too often for me to have fun. I read #3 is better. Perhaps I'll do a trade in. I have a few games I can get rid of. Really, I prefer games with more freedom to run around like Prince of Persia or Dishonored. When I do play AC, I try to kill only those in the way of my target and try to blend in as much as possible. I prefer when they can't even tell I was there, so I hide bodies and such. Anyway, I just wasn't in an AC mood on Saturday, so I switched to Fable III and had a great time while waiting for the live stream to begin.

The Canada Day live stream was delayed because of rain, thunder, and lightning in Ottawa. This also made me quit gaming sooner than I wanted. I enjoyed the diversity of the stream. Some other Canadians didn't. I'll have another post on the concerts later this week. I'm surprised it's sunny today. We've been getting hammered by storms for at least a week now.

On Sunday, I got my new phone for the cost of a SIM card and a case. It'll be a $9 charge for two years to pay off, but that's not bad. I went with the Galaxy a5 2017. I'm mostly enjoying my new phone, but it's taking some getting used to. The back button and tabs button are on the opposite sides of the home button from the Nexus 5. Because my Nexus 5 was almost 4 years old, this phone is actually an upgrade for me. I have double the storage now plus the ability to use SD cards and the camera is way better. I had to turn on so many things like Swype. But some apps I don't need anymore like a blue light filter because it's built in. The battery seems better than the old phone too. Some things annoy me like how many screens I have to go through to flip my data off. Also, some basic things I haven't figured out like how to save files that aren't pictures directly to my Google Drive. I've downloaded the manual to figure out things that should be intuitive but aren't. I find it interesting how different things can behave on a different phone like emojis. Apparently I might be able to do things like send a YouTube video to my TV. I have a smart TV anyway, but it's a neat feature to try sometime. I can apparently use it to pay for things, but one needs money for that to be a reality, so I've turned that feature off. My charging port is USB-C, so it can perform multiple functions like access a USB key. I'll probably see about playing music from there rather than having songs on my phone directly. The audio is louder on this phone too. Lots of things to try out. It's also water resistant. That killed my Nexus 4, so it's a nice feature to have.

The young woman at Koodo turned off things like data for me to prevent it from eating up all my data while I drove it home to update it on my WiFi. I thought that was very nice. I think Google had the mall hours wrong though. It said it opened at 11 and I got to the Koodo booth around 11:05 and there was a line up...

I probably looked strange as I exited the mall holding my phone as though I were Gollum and it was my preciousss.

Cleaning
- I have only some dishes that must be hand washed to do because of the cockroach scare. I guess that's something.
- I have one drawer bottom to cut before I can put all my tools away. Well all but the few tools required to shave it down to the proper size to fit in the slot.
- Then it's pretty much paper to clean up. Most of that I need to type up or scan into the computer then get rid of the paper.

Course
- I'm almost done. I have the Coursera app on my phone, so I'm getting through videos faster. Problem is that I've saved some PDFs to my phone and can't find them to move them to my Google Drive. I guess I need to plug it into my computer or plug a USB key in to find them? Seems very inefficent and there has to be a better way. Maybe I can save them directly to a USB key and transfer that way? I really don't see why I don't have direct access to the downloads folder...

Reno
- Nothing changed since last week.

Novel
- Coming along nicely. Changing to 3rd person limited, because I don't love 1st person for this story. I find it too limiting and want to do more with the story.

Script
- Haven't progressed on this. Have been watching movies to learn things though.

Sewing
- I'm nearing the scary parts of building a purse. I can't see how the directions will make it happen correctly. This is life though. Sometimes you just have to do the thing and see how it goes.

Music
- Haven't done anything here, but planning to do more once I have the course done. Feeling like I need to clear a couple things off my plate before I can really focus on this.

School
- OSAP either sent them money or it was deferred. I can't tell. I know it says it's paid. I know I'm getting less than I expected, which is about the amount of first semester tuition. I am signed up for orientation late August and should be able to get all the stuff I need done like my bus pass and computer setup. I'm supposed to have my schedule at the beginning of the month. Maybe I'll give myself a tour early. I could take the bus and see how painful that will be every day.

I'm off to hang out with friends this afternoon, so I need breakfast and a shower.