Frisky Friday - How Great Writing is Like Great Sex 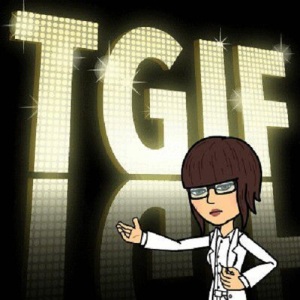 Think about the best sex you've ever had.

Was each touch the same intensity, the same speed? Did you use the same positions you've always used? Was it predictable? Probably not.

My best experiences were where I didn't know what was coming next. He suddenly moved me into a different position. He varied his touches. Some were gentle. Some assertive. Now, mine aren't likely to match yours exactly. What I like in the bedroom may be vastly different than what you like.

The same goes for reading.

Books need to delight us. To do that ,they need to vary in speed and rhythm. We need a mix of short and long sentences. Chapters too. Otherwise reading the book will be like maintenance sex. Routine and boring. Some people like predictability, but most prefer variety.

Words that invoke the senses are part of it too. Many of us are good at painting the picture, but we forget about the other senses. Ever light candles to provide a sexier ambiance in the bedroom? Ever played around with food like whipped cream or strawberries? Maybe a scented candle? Do it in the rain or the shower? Spanked someone or been spanked? Done it to music?

A bad lover often either puts no effort in or doesn't pay attention to their partner's needs. They will thrust away and your head could be banging against the headboard for all they care. Headboard sex isn't fun. Well, it probably is for the one banging away oblivious to their partner's needs, but good partners pay attention and try to make the experience fun for both parties.

A bad writer makes either a boring book or an inaccurate one filled with stereotyping. They don't care about the readers. They stick too closely to prescribed notions like every chapter should be a set number of words or all the chapters should be the same length. They think every single word has to relate directly to the plot. Worse yet, some think there is no need for a plot at all.

Many rules can be broken, such as using a multiple view point, if they're done the right way. Setting can be dispersed throughout rather than only in one chunk. Exploring something that was overlooked previously can inject excitement.

Seduce your readers. Make them gasp. Make them lust for more. Writing is an art form and as such, there are techniques you can learn, but mastery comes from putting it all together in ways that often defy rules.

There is a concept in screenwriting for dialogue that says it shouldn't be on-the-nose. On-the-nose means unimaginative and predictable for those who may not have heard the term before.

Keep your lovers and your readers on their toes.

That's not to say there isn't time for vanilla sex or moments that aren't deeply meaningful in a story. Sometimes the curtains are just blue because the author needed to give them a colour and that's what popped into their head. Moments of vanilla sex let us appreciate the kinky times even more. Sometimes we need a breather. Readers need that too. Otherwise, your all intense book becomes boring even at its anything but calm level. If you had strawberries every time you had sex, not only would they become routine, you might have a problematic response to strawberries during an office party like Pavlov and his salivating dog.

Ups and downs are what make life fantastic.

I'm off to write some toe-curling prose.

Have an exceptional weekend!