July 19, 2020
I didn't do everything I planned on my vacation partly due to rain and because I've been working through some personal issues, which I tried to talk to some friends about and it didn't go the way I had hoped. In time, I may address this here, but I'm feeling quit hurt from the experience and I need time. For me, it was a major piece of a puzzle that has been troublesome for decades now.
Anyway, moving on.
I spent my staycation getting myself some amenities like a soundbar and a whiteboard on wheels. One fun thing and one writing tool. The whiteboard was left in the lobby by the delivery person, which was less than ideal. I used to have one on an easel, but I had no place for it when I moved cities, so it left my life. I almost replaced it with the same model, but I searched around and found a less expensive one that has an extra feature, which is a telescoping magnetic strip. My old one was also stationary and took up more floor space. And as far as the soundbar goes, I have been using a little stereo with no remote for over a year now with so many cables just to watch movies and game. It functioned, but was far from ideal. It was basically not much different than computer speakers. I had to unplug my aux for my Switch because it would be too loud and the volume buttons were a pain. It was rarely loud enough for videos. I found a soundbar on sale for around $200 that matches my TV brand and setup was a breeze. The subwoofer that came with it connects to it wirelessly, which is so awesome. My environment has improved drastically as I'm no longer getting up because of the no remote and this has resulted in less clutter and better sound. I recently got back into cross stitch and it was destroying the skin on my thumb knuckle. I guess I'll have to wear a bandaid when I work on it. Unless I form a callous...
I've been catching up on movies, which include: Nosferatu, The Birds, 12 Angry Men, Catch Me If You Can, and Hollywood Musical!
I really felt like I needed a break from all aspects of life, so I did a lot of relaxing.
FITNESS
I didn't work on this during vacation. With all the home projects, there's no space to safely workout. We also got hit by another heatwave and I've been timid about things like groceries on my bike because there have been a lot of thefts and I didn't know where the bike rake was at the store, but I do now.
0/7 days
FRENCH
This has been going well. I've been doing a couple of lessons each day. I will be getting back into reading and watching exercises to learn too.
7/7 days
HOME
I've been working on the house stuff. I have decluttered some items that I need to bring to my car. I cut and installed more tile in my bathroom, then ran out of adhesive, but I now have everything but the flooring, so I'm hoping to make serious progress soon there. This week I'm planning to finish the tiling (except for the little bit right by the floor) and deal with the move of the vanity lightbox. I'm waiting on a voltage pen tester that may be here by tomorrow. I shocked myself a bit last time I worked on electrical though I thought I had all the critical breakers off. I'm hoping to avoid that and eventually map the breakers out because most of the writing has faded so much I can't tell what is what.
I also dealt with all the cardboard that had been accumulating because of a few physically large items like my whiteboard. The little boxes I've been using for decluttering. 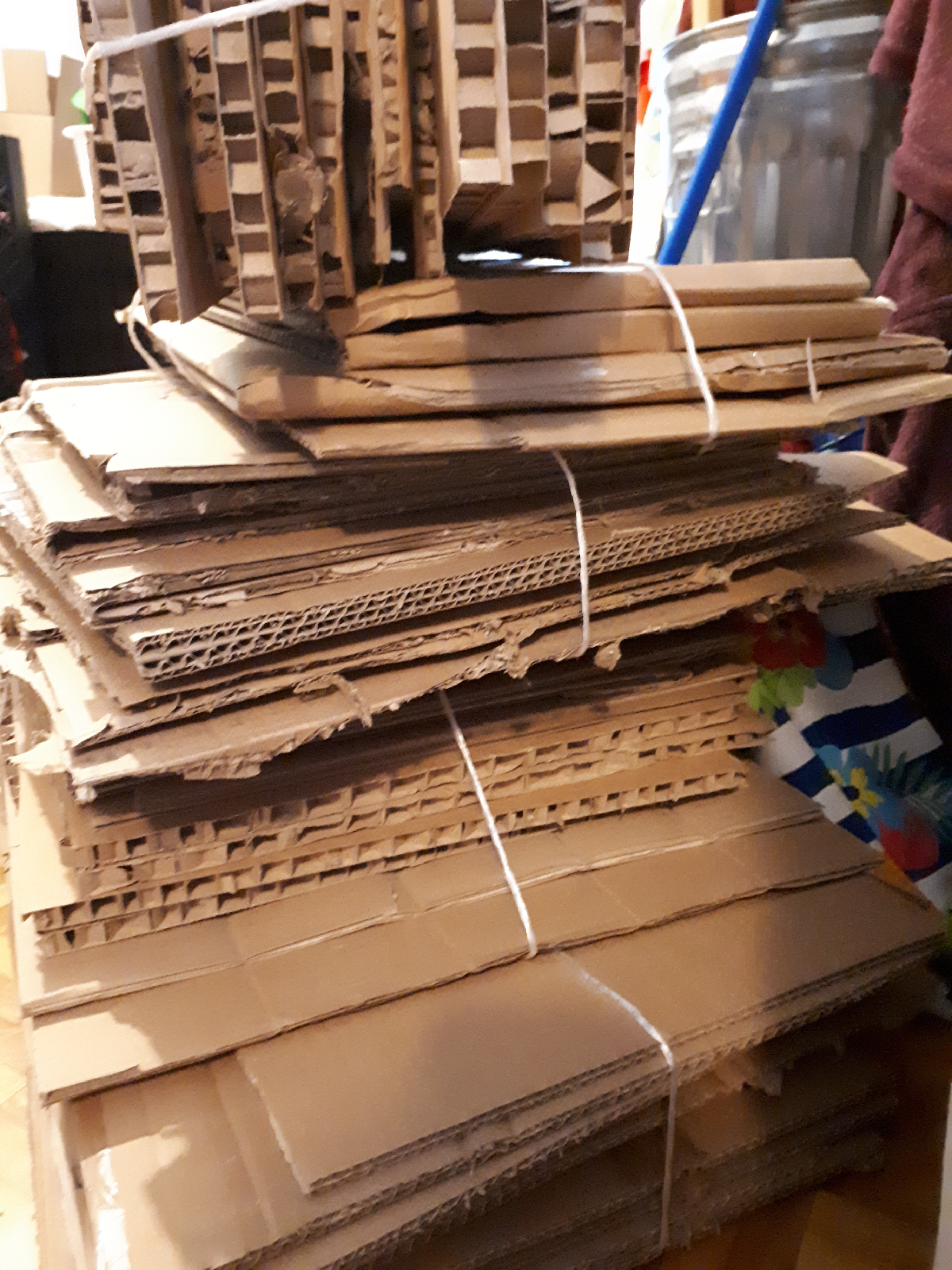 I also plan to today up my desk area tonight as it's back to work tomorrow morning!
I got another tomato plant into its container, then had to get creative because I forgot the holes in the bottom! I'm a bit late on other veggies like lettuce, but I think I can give them a try anyway.
15/15 minutes per day decluttering
MUSIC
I haven't been playing while on vacation. I did relocate my record player and that has been a good change. I watched Bush's livestream last night and I learned something during the Q&A portion about songwriting.
0/15 minutes
0 minutes on theory
WRITING
I haven't made my targets for Sparks or The Mockumentary this week, but my whiteboard is helping me figure some things out. I did do some other writing though.
Sparks: 1/26 chapters edited
The Mockumentary: 15/120 pages
Other: I've spent at least 30 minutes on other projects this week.
Skills: I'm rereading Save the Cat by Blake Snyder and reading The Hero with a Thousand Faces by Joseph Campbell.