March 29, 2022
It's the end of the round again. Despite it being year end at work, I found time each morning to get some editing in and made a lot of progress in a short amount of time compared to previous rounds. I averaged half a chapter each morning that I was able to edit. I plan to continue this method in the new round as year end will be done and I will be fully recovered from the time change. I really hope North America moves toward scrapping time changes soon.
Lately, I've been lining things up for the next round. I have keys lessons (rock piano) set to start in early April. I've started trick scooter lessons. Decluttering will continue though I'd really like to be done by the end of the round, which would be in time for summer. I will also be continuing the drawing course I'm in. 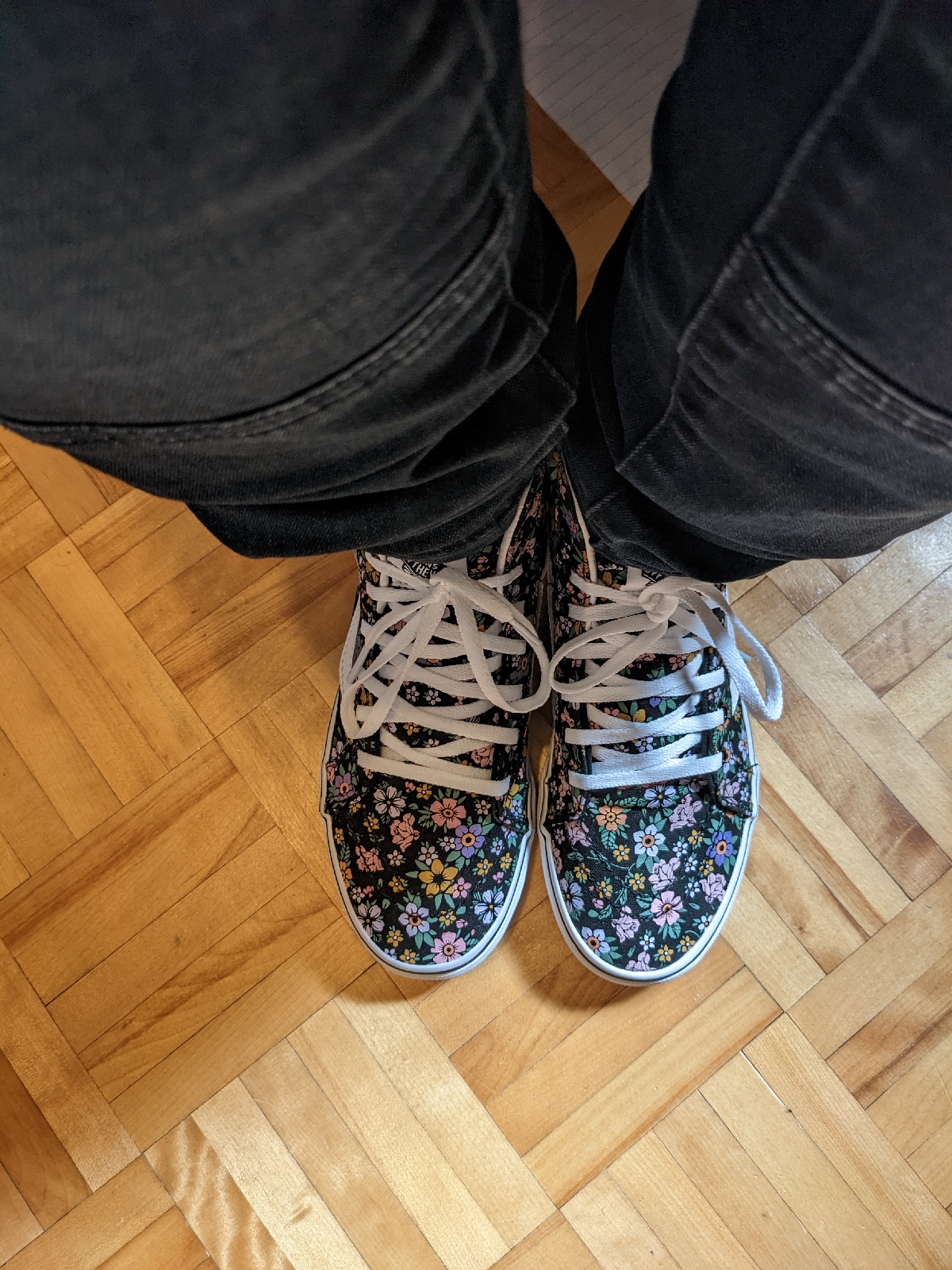 I have size 4 Vans as my scooter instructor recommended proper skate shoes. They were under $60, which may partly be because of their size. Sometimes being small is a good thing! I'm wearing them around the house to help break them in and get used to them. They're very grippy and that's new for me. You can't tell in the picture, but they're hi-tops reinforced with leather, which makes them a bit better for my hypermobile ankles than other sneakers.
Round Results
Bathroom: I just have to fix the door area some and it will be complete. The locking mechanism shouldn't be too bad, but I think I need bondo for the rest as the metal door frame is a bit rough.
Couch: Still to finish, but soon I'll actually have time to. I *might* need a second arm after all though as pillows keep falling off and that's annoying. Maybe I'll try putting them under the couch cover...
Declutter: I think I'm about 2/3 through. There is still stuff to deal with, but some of my current office mess is because I'm waiting on shelving to come in at IKEA. I will be doing a lot in my bedroom next round. I also started some digital decluttering that was long overdue. I would have done this a long time ago, but I didn't have the mental or emotional bandwidth to deal with old relationship photos. I reached out to the Royal Tyrell Dinosaur Museum in Alberta and they sent me a picture of my favourite dinosaur free from the past. My favourite dinosaur is Triceratops. What's yours? 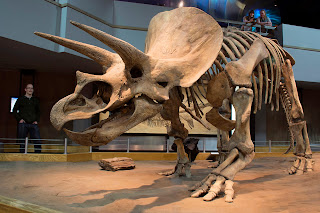 Sparker: I nearly made it halfway through this round of edits. I'm planning a brief round later where I deal with adverbs as I think there is opportunity for improvement with my descriptiveness there. I swear I'll need to document all the things once the book is done, so I have the correct details for future books that may come out of it.
A number of other pursuits were parked and may or may not come back later. French definitely will at some point as I need it, but many other things like Guitar and Ukulele might not as Keys are my music focus for the next while. Skating has been replaced by Scooter. I've archived all the items that pertain to those activities on my Trello board, so only the current goals are there and it feels nice to have just the most important projects and goals listed.

I really do want to start streaming something on Twitch once my office is in the right condition. Though, I suppose I could start with just a picture and leave my camera off for the time being as I know others who don't put their camera on. Maybe I just need to pick a day like Wednesday and start doing it.
Please check out my digital to-do list at: https://trello.com/b/RM8yD3eq/rae-roy-general