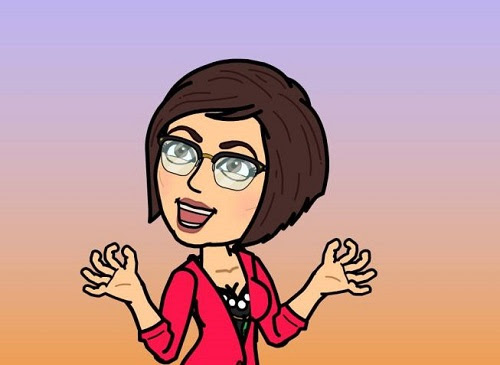 Here's what I've been up to while I've been spending less time on Facebook:

I met with my new writers group for the first time on Friday. It's quite different than my old one as we use Google Hangouts rather than meeting in person. I found it works well. Also, instead of having everyone read everyone's stuff, the author reads and then everyone takes a turn giving comments from the notes they made while listening to the reading. Overall, it takes less time. With a biweekly meeting schedule instead of monthly, I think it'll be easier to keep motivated. I'm a little greener than the others, but it seems we all have different strengths and weaknesses, which is a great thing.

After the meeting, I was inspired to fix the pieces I had read and add some new parts. A Saturday morning fire alarm might've turned into going back to bed if I wasn't still feeling inspired to write.

My first Christmas movie pick of 2016 is Gremlins. A story about conquering the evil you accidentally created is totally full of holiday spirit. I wouldn't have wanted to be the one that cleaned the microwave. I should've popped some corn before it as it made me want some salty, buttery, and crunchy deliciousness.

I put up my tree:

As far as shopping goes, my mom is getting books that have short stories of mine in them and some treat I haven't bought yet. One brother is done. Dad will get liquor. And the other brother is the hard one. He might get a gift card with a treat. I'm having to spend less this year with my income split in half, but I'm sure they'll enjoy what they get anyway.

I've taken up Kendo. This time I think I'm really going to do it. I've tried it on two other occasions. My first day ever at the dojo was one. That was after doing two other arts before, which made the day very long and my feet very sore. The second time, I was so out of breath that I felt like I was dying. This time, I lasted the whole class despite struggling with a caffeine overload. I only needed one break to catch my breath. In the cold months, I often have trouble breathing. I don't have regular asthma or any heart issues, so the cardiologist said to do more cardio. I'm more in shape now than I was in previous years, so it's time to take up Kendo for real. It'll help my Iaido in some ways too.

I'm slowly pulling up the crappy peel and stick tiles in my kitchen, so I'll be able to replace the floor later. The fridge is on wheels, so that won't be terrible. I might have to buy wheels for the stove.

It seems that everytime I want to do something simple, it's anything but. I wanted to do laundry and needed to add money to my laundry card. Normally, this is easy. Today? Today the machine decided it didn't want to work. It did it in a way that made me think my bank account was empty, by telling me it was declined. So, I ran back to my unit to check my balance. Not great (mortgage, insurance, and condo fees came out on this pay), but enough to do laundry. I tried again. No worky. I was about to call the company then decided to run out in the snow to the other building to see if I could use theirs. Besides, I figured the office is who should be calling to get the machine fixed. I had to explain to her a couple of times that I needed someone to let me into the laundry room. That machine worked.

Anyway, this seems to be how most things are lately. I got a cupboard for above my toilet to clean up my bathroom. I had to build a platform for it because the stupid toilet is a weird, extra tall model. It would be my preference for a shorter one that doesn't have the elongated bowl. I really don't think elongated bowls are necessary. Learn to aim or sit down to pee.

A friend is helping with my kitchen drawers. His tool isn't working and bad things happened for him recently, so this hasn't gone smoothly either.

I'm just trying to get my place clean and organized.

Anyway, back to work.