December 25, 2016
As usual, I left town later than I planned, but I received a tip on a possible job from a friend and had to submit my résumé. I was shocked that I didn't have any car trouble on the way as my battery wasn't making full connection with the terminal, so hasn't been properly charging lately. The drive there was pretty easy as mild weather kept the roads clear and since I left on Thursday I was able to avoid heavy traffic.

I ordered pizza and decorated the tree after I got to my parent's. My dad took my car in the garage to begin repairs on a piece I had snagged on a curb. After wrapping a bunch of the presents, my parent's chocolate poodle was obsessed with the Christmas tree. He settled down after I shifted the gifts enough to give him space to lie on the tree skirt. Silly pooch. 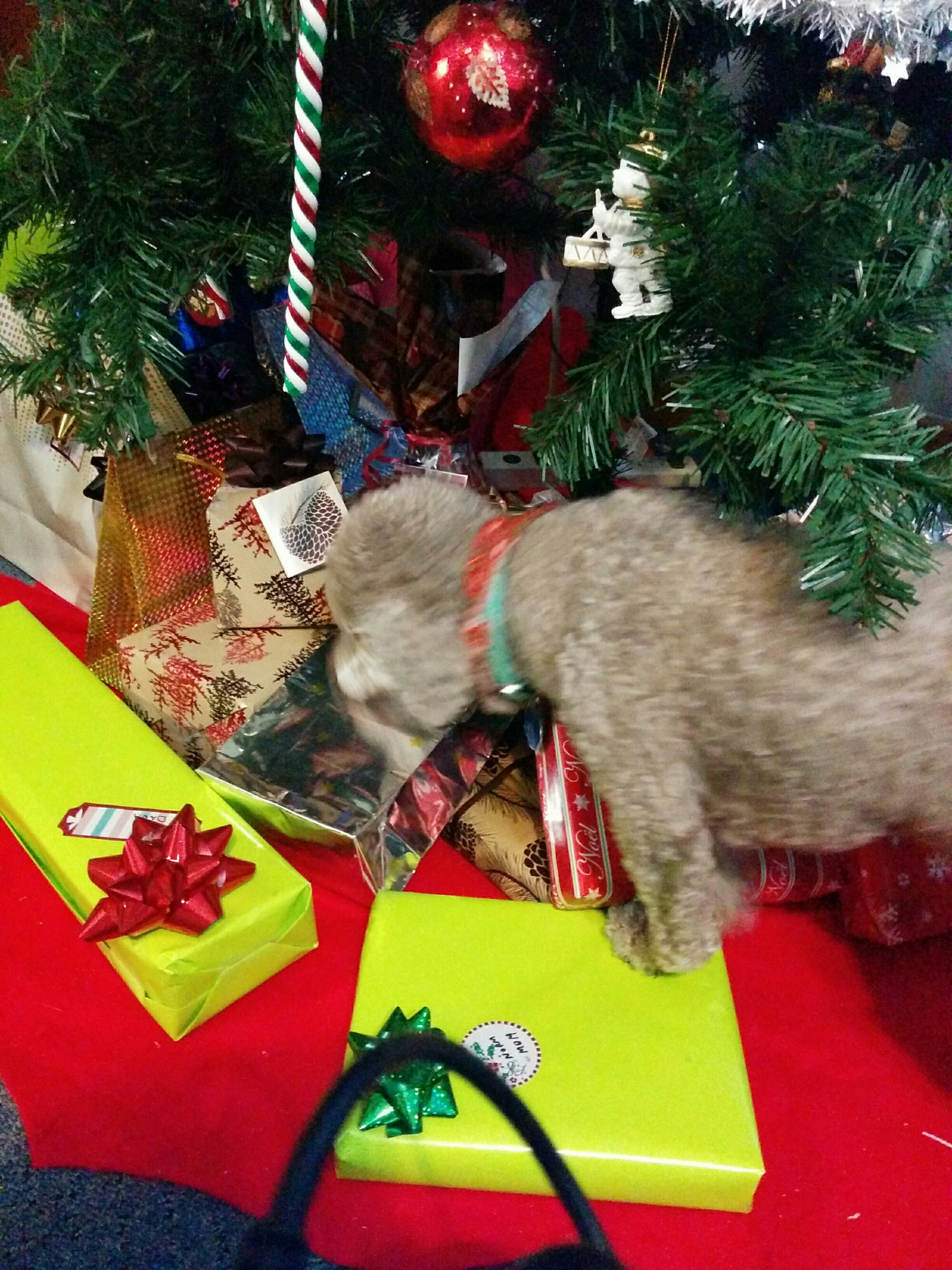 Christmas Eve brought me to sushi then the mall to pick up my ticket for Rogue One. I also got a bacon-flavoured treat for the dog.

Christmas Day brought a few movies, a gift card, and donut pans. I've ordered a couple of Miyazaki films with the spoils and the Percy Jackson series as it's something I think I'll love and it was on sale. Given my reading list is planned for 2017 already, I'm not sure I'll get to them soon, but I'm looking forward to them anyway.

The dog liked his gift from me and kept trying to share it with his toys when he wasn't trying to hide it. I suppose it's a bit big for him haha 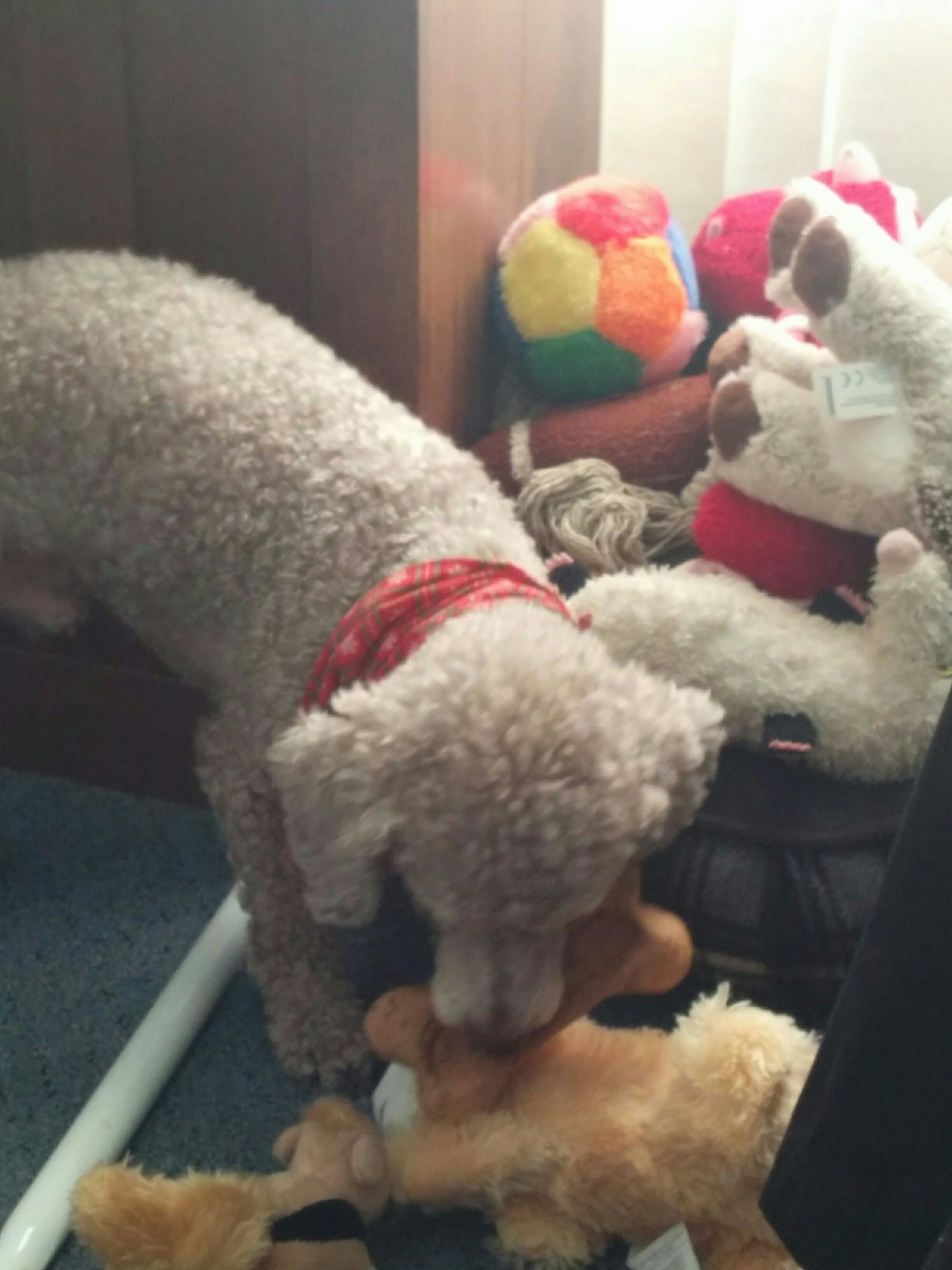 My gluten free pie crust failed. It wouldn't firm up and stayed like goo. I had a disappointing day in terms of food between edible gifts I can't eat and recipes that didn't turn out, but my belly was full.

I visited friends I hadn't seen in a very long time on Boxing Day. Great conversation and tasty drinks were had.