I bought a dangerous thing at the store the other day. 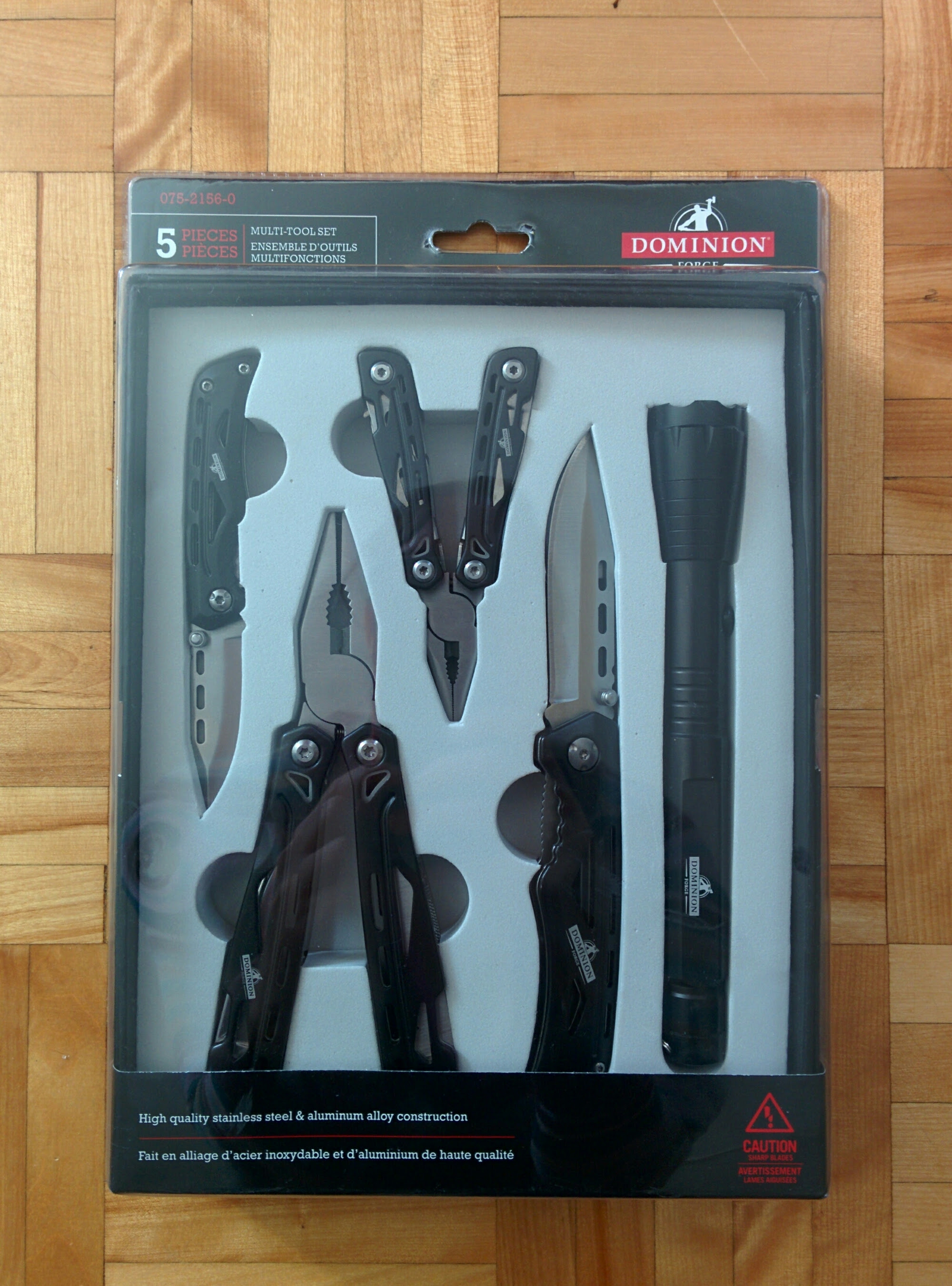 They had this set in a locked case along with hunting knives. The young man in that department got the key and placed it into a cloth bag, which he then locked the zipper on. The lady at the cash unlocked it.

Now, I'm aware the whole point in to ensure I can't use it in store. Here's the thing, though. If I already had a thing sharp enough on me to cut through that plastic, I could've also cut through the cloth bag. If I really wanted to do something, that wouldn't have stopped me. The other thing is that it's the type of store that is typically hard to find someone to help you in, so I would've had plenty of time alone to do something. Also, the utility knives are easily accessible if I really wanted to hurt someone.

I walked to the cash smiling about the futility of their security measures and because I was thinking about my wand project at home that I needed the knife for. I was intending just to get a small knife to whittle, but the one I wanted wasn't there and this whole set was $20 after tax.

I've long wanted a wand, being a huge fan of Harry Potter, but none of the wands available for purchase feel like my wand. I think you can guess what I'm shaping this found twig into: 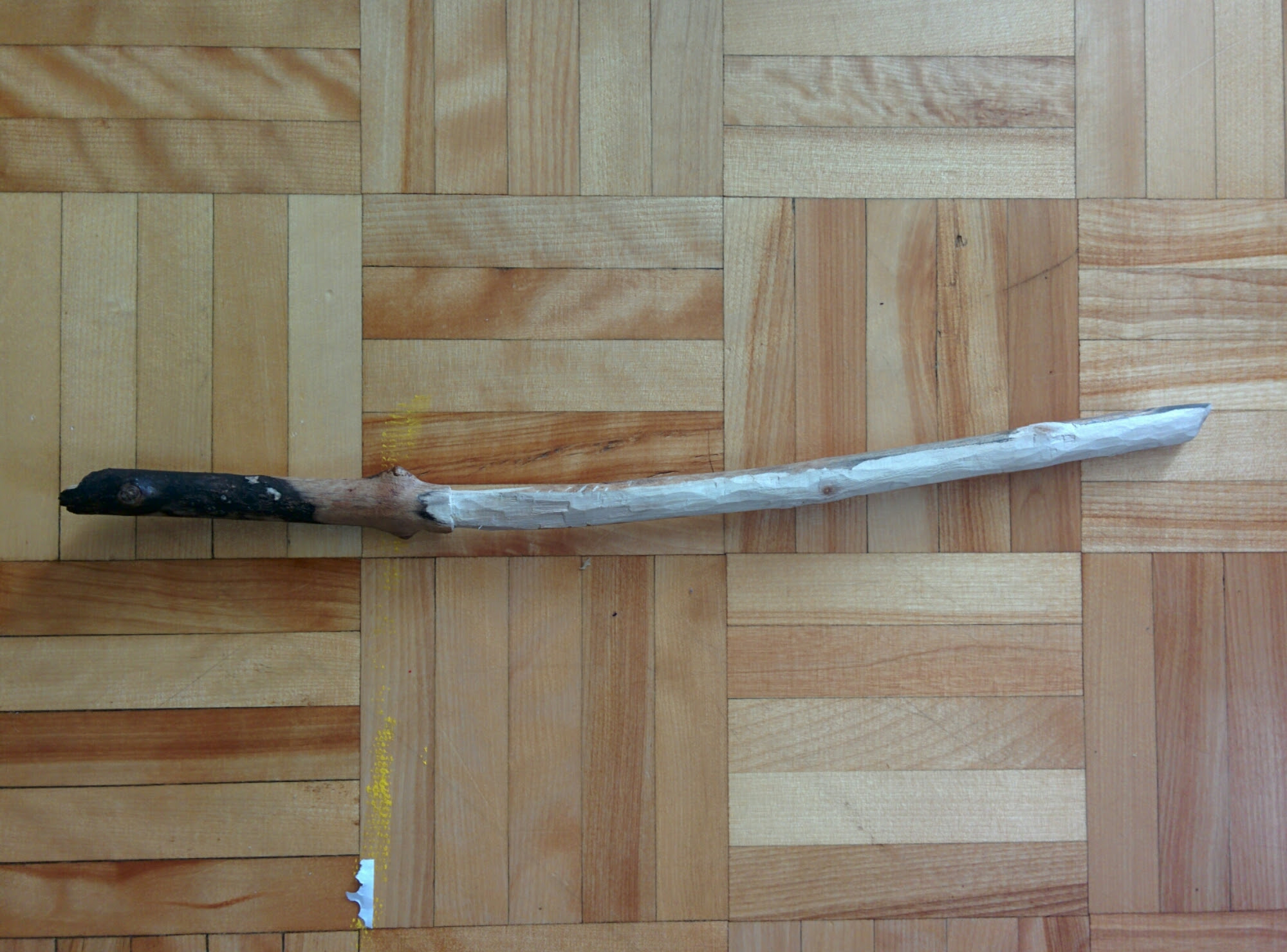 I haven't figure out all the steps yet. Right now I'm just trying to get the blade shape. I'm daydreaming about the other parts like the tsuba, tsuka, and tsuka gashira.

Well, the day has been long, I'm sore from yesterday's martial arts lesson, and my brain is mushy from French class, so goodnight.