August 25, 2016
I haven't felt myself most of this week. The job hunt is ongoing and it is emotionally taxing.

On Monday, I felt anything but merry. I realized I was going stir crazy and the weather was absolutely perfect for a visit to Papanack Park Zoo. I took more videos than photos as my camera is not a DSLR and isn't so great at taking action shots. I spent the bulk of my time there admiring the big cats. Perhaps a strange thing to do for someone with a cat allergy, but they were fascinating. As I walked toward their cages, I could feel the danger in the air. Some of the enclosures reminded me of a wooden version of those found on Jurassic Park. Lions act rather like a mixture of house cat and dog. They pounce if you turn your back on them and jump up excitedly when they see their feeder. This doesn't go on for long as they wear themselves out quickly. They were surprisingly adorable. I never heard any roar, but would have liked to. Tigers are more active and are surprisingly hard to lose sight of despite their orange colour. During the feeding, I didn't get much chance to take pictures of the tiger, so I went back alone and watched it until it snapped at me. At that point, I told myself it was best to leave it alone if that was what it wanted. I had left the tiger as I was following the feeding tour. Our next stop was the snow leopard. What a fluffy kitty. It had a pretty relaxed demeanor and I swear it was walking by the cougars on purpose to rile them up. The cougars were right next to her and they were nasty. One female cougar in particular was terrorizing the male. The other female left the two of them to fight while she stayed hidden from the crowd. The male let the other female push him around until food came and he was hungry. He snapped back and she threw herself to the ground and tried to act all sweet. He wasn't buying her act, though. I visited the monkeys and realized their poop smells the most like human poop. There were a lot of them too. The squirrel monkeys only did cool things when I didn't have my camera out. Figures. Now for some pictures... The first is of a pair of owls. The one on the right wouldn't take its eyes of me and turned its head around more than 180 degrees. It was a bit creepy.

There were creepy bald eagles too. Somehow I didn't notice until after I took my picture that there were three in the cage that were all in the exact same pose. Other birds were so still I wondered if they were alive or even real.

There was a capybara, which I thought looked rather like a giant beaver. 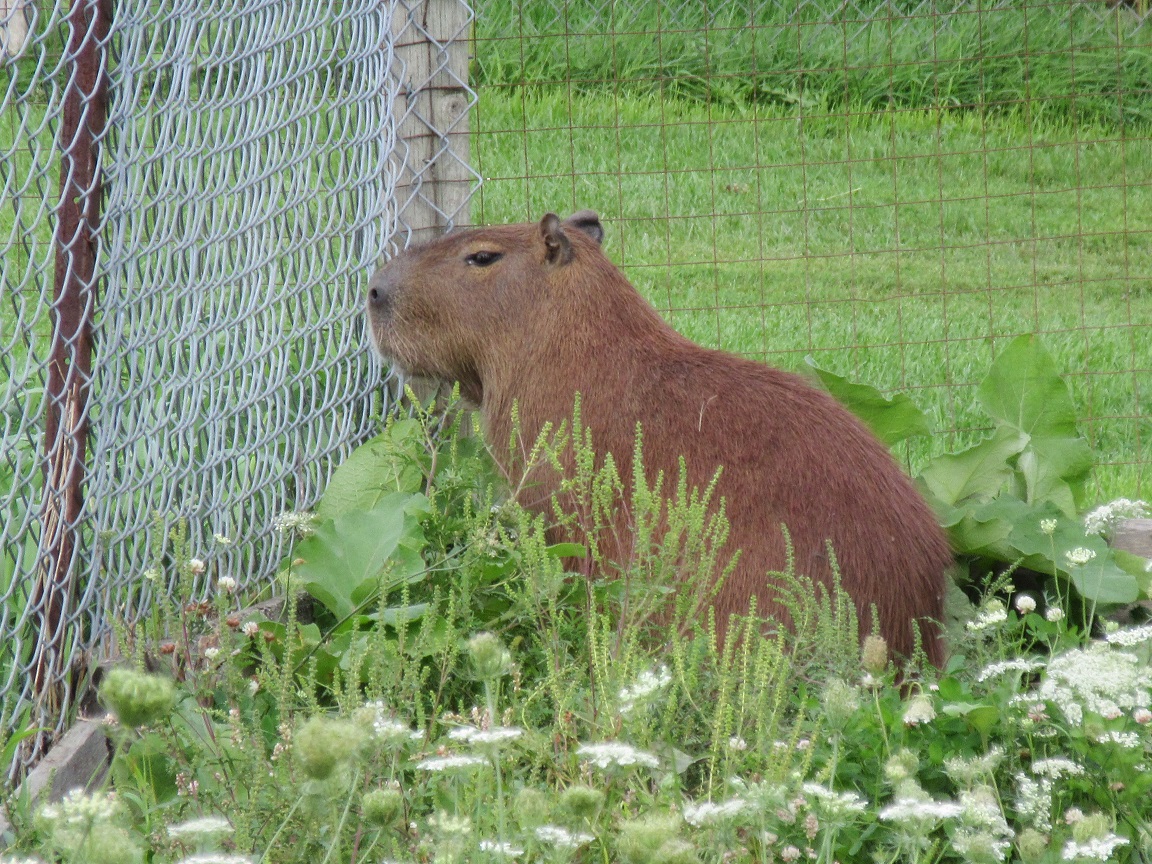 I also got to see cute things like a wallaby. I fantasized briefly about having one as a pet. 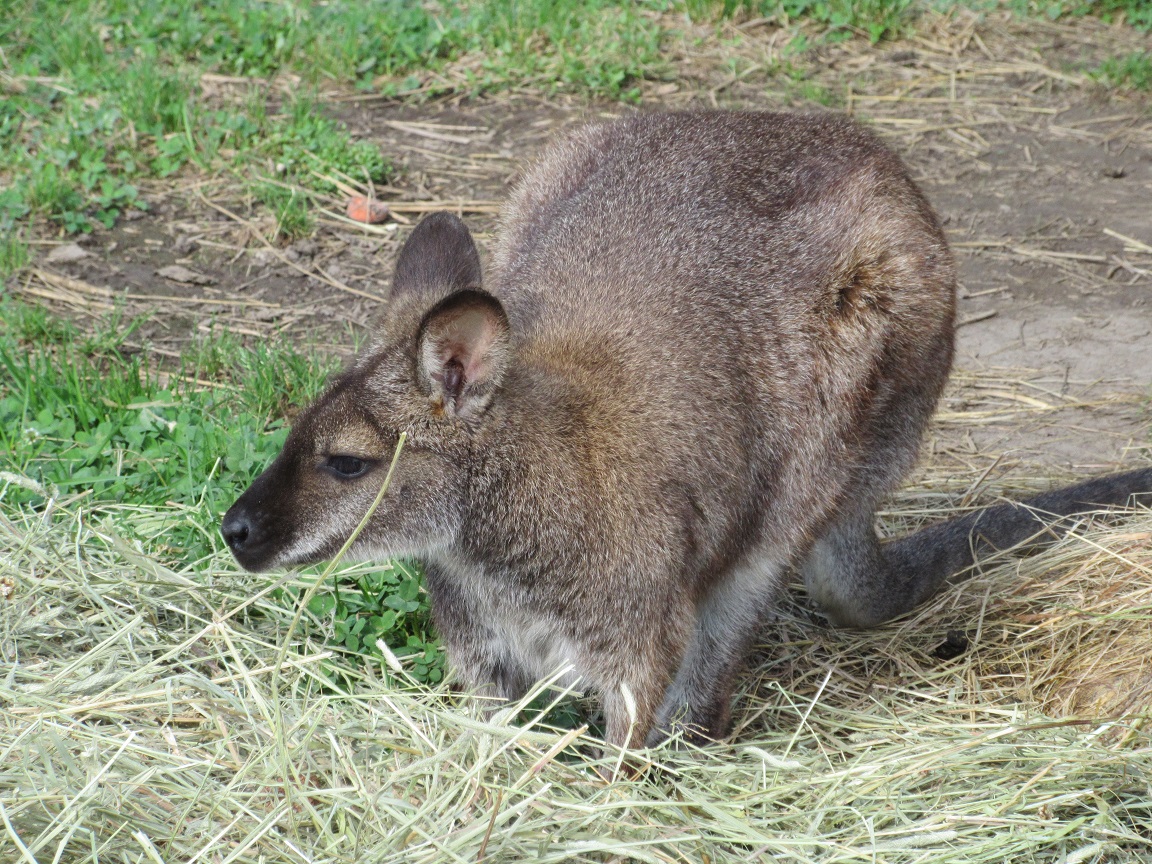 There were zebras too.

I felt better after the zoo visit. It surprised me how much the wild dogs looked like regular pets. I did not find them scary, but should have. I did start sneezing after a while, but by then it was time to go home anyway. I didn't spend much time looking at the North American animals. I was more interested in the exotic ones and had only so much time.

On Tuesday, I finished the edits on Sandra's First and sent them to my editor. I was dreading my afternoon appointment with Dress for Success. I felt like there wasn't much point to getting clothes for interviews as it seems I haven't been selected for any. At the start, I wasn't confident in some of her selections for me. She gave me a mint green shirt to try, which was as awful as I expected. Shortly thereafter we found two outfits that I can mix and match. They make me look great. Also, older and taller. I can't wait to wear one to an interview!

Tuesday evening was somewhat frustrating. One member of my martial arts club was being subtly jerky to me by uttering comments meant to make me feel stupid. I will defuse that situation in due time. It caused me to lose a lot of sleep and I won't let that continue.

Because of the lost sleep, I was barely functioning yesterday. I couldn't even manage to use my scanner properly, but I also couldn't nap. I caught up on Supernatural and picked up a package. I also got an ergonomic cushion to make my office chair better and did some shredding. At least I got more than nothing accomplished.

Today, I'm still a little sluggish, but almost back to normal. Caffeine helps. I've been watching more TV than I should, though.