Wonder WTF Wednesday: It's all the same sickness 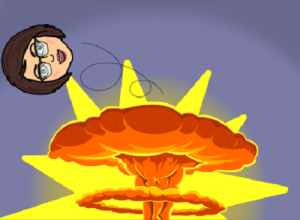 I'm sorry for this post, but the world is sick and I just need to get this out of my head.

There are lots of other awful things I won't talk about today, but two I do want to talk about. There are boys being raised who don't understand they've done wrong when they've raped girls. There are people who think killing others is an acceptable way to deal with their personal issues. And there are politicians wanting to exploit these situations rather than fix anything, but that's par for the course.

What the actual fuck?!

I first drank alcohol at age 16. In high school, we partied whenever we had the opportunity. There were a couple of occasions that I passed out from over-drinking. Most of my friends were male. Guess what? They treated drunk me the same as their drunk male buddies. They didn't try to have sex with me or their buddies. In fact, they watched to ensure no one tried that bullshit. They didn't feel entitled to my body. Any that were interested in me in a romantic way knew it was a thousand times more enjoyable to have a willing partner actively engaged with them and waited for a day that I wasn't passed out drunk to show their interest in me.

I'm the beginning of the millennial generation. I was not raised to blame the teacher if I got a bad grade. I was raised that you take responsibility for your actions. You live with the consequences. If I got a bad grade, it was nearly always because I was being a lazy student. I had one math teacher that was awful, though. I tried getting help from him and he wouldn't help me. What did I do about it? I got help from a different math teacher, so I could pass his class. I got help from classmates too. I took responsibility for my own shit.

You're not entitled to kill other people when life gets hard for you either! EVERYONE living in North America knows killing other humans is wrong. There is literally no excuse for his behaviour. Even if he truly is struggling with his sexual orientation. I've had more than a few friends struggle with this. One friend was excommunicated from his church. It was very painful for him as he loved his church and the people that attended it. He didn't shoot others to deal with the pain of it. He talked to his friends. He accepted the reality that coming out meant his life was going to change.

I believe part of the problem is how we're raising children today. I agree there's no need for physical violence. But I don't think we should be worrying more about our friendship with our children than whether or not we're raising assholes.*

I'm not a parent, yet. I do want to be someday soon. What am I waiting for? I'm looking for someone who doesn't want to raise entitled shitheads,  someone who treats me properly, and someone who has a social conscience. There are other elements to my match, but those are a few of them specific to child rearing.

In my opinion, the job of a parent is a huge responsibility. You are a role model. You are supposed to strive to produce children that are good humans. Good humans respect other humans. If you treat your spouse like crap, your child will learn to treat their partners like crap.

When you find your kid hitting another kid, you don't excuse it because he or she had a bad day or life has been a little uncomfortable lately. Guess what? Life is full of uncomfortable and shitty days. Your job is to teach them to behave properly. Find a way to make them understand that hitting is not acceptable. Correct them repeatedly until they get it. Some kids get really frustrated and need something like a stress ball to squeeze. That's what worked for one couple I know. They didn't say their kid is a boy and allow him to continue hitting people because 'boys will be boys'. No, they said hitting is wrong and corrected his behaviour. They did their job.

Because parenting isn't a hobby. It's not a thing you do in between your real life. What you do as a parent will reflect on generations to come.

I wonder, will it ever truly get better?

This is something I worry about. I want to bring children into this world, but should I? Should I raise children in the hopes that they will help improve the world or is it shitty of me to put them through living in this world?

I have more questions than answers, but I like what Chuck Wendig has said about this all.

Again, sorry for all the ranting.

* Thankfully, most of my friends get this. Their kids get told no frequently.

**It has not yet been confirmed whether or not the gunman was a closet homosexual. All we know is that he was full of hatred.