August 14, 2022
I realized I didn't really want to come out to my dad. But I was pretty sure I hinted adequately with my rainbow items that I know he noticed, but didn't say anything about. He's silent generation, so they're good at not saying anything or downplaying things. Like he'll say something is, "not bad," while his expression and body language say it's really damn good. He did that very thing when I played Danielle Allard singing Jolene. He's listened to Dolly Parton for many decades and has always enjoyed music.
Instead, I decided to just focus on spending time with him. I helped him with things around the house like repairing the internet and TV cable. He had sawed through it with a sawsall. It had been out since May. He was getting tired of what my eldest brother was choosing for them to watch. 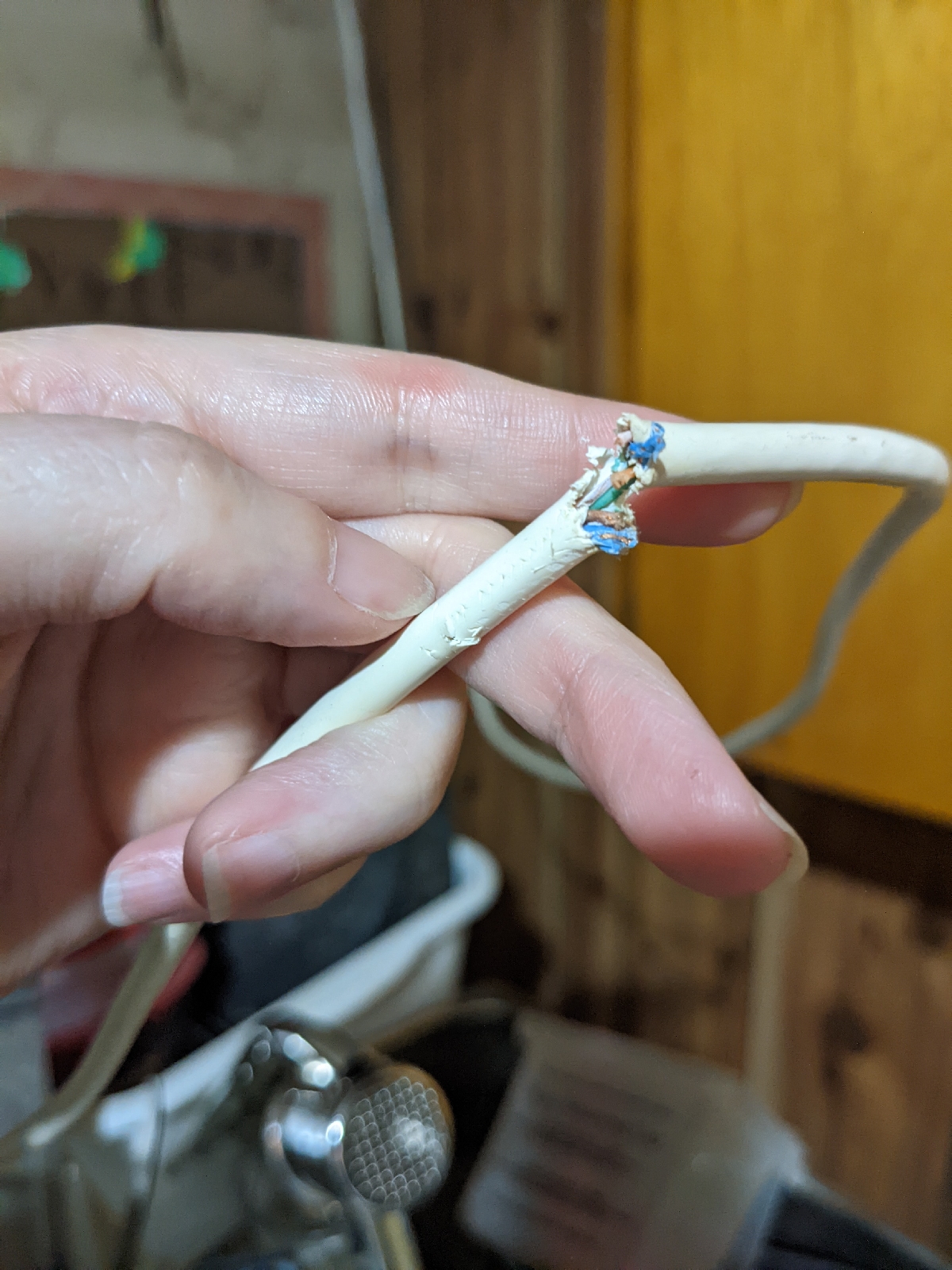 We also replaced a bunch of window coverings. My old room included.
Anyway, I did those things because I could and later I thought they were actions that showed who I am. They were things I came to hope that he would think of rather than think of me in a bad way because I'm gay and I think that speaks volumes more than saying anything about this private part of my life.
On Monday, I visited Outloud and applied to be a volunteer. Despite living in Ottawa, I figured I can help remotely with my writing skills. Outloud is the local LGBTQ+ youth centre. It was nice to see a safe and inclusive place for youths where they can relax, get support, play games like billiards, and make friends.
I also got him some guitar things as he has been wanting to get back to playing, but couldn't remember the chords and such. He had a mini-stroke a couple of years ago. I wish he had told me sooner that he couldn't remember the fundamentals because I would've gotten him books and years ago and he could've been enjoying himself all this time.
When I really sat and thought about it, I realized I was feeling like I should come out because you're supposed to or something like that. The thing is, I am out to everyone I regularly interact with. I'm even out to HR and on the Pride committee at work. I see my dad twice a year. Though he's important to me, he's not in my life in the way my chosen family is. If I have a partner and he doesn't accept it, yes, it will hurt, but it's not like they'll have to spend time together if they don't want to.
Anyway, I feel like it's different with an elderly parent too. I think I felt more like it would've been nice for mom to know because she was always asking about potential men in my life, but dad and I don't talk about those things. We talk about my car, his gardening, music, etc.
On Friday, we took him and his dog on a pontoon boat and they both had a lovely time.
All in all, I had a good trip to my hometown and it was great seeing friends. I even came out of it with a screenplay idea that I'm so excited about, I kept waking up in the wee hours of the morning to write down notes about. I'm thinking I should take tech breaks a bit more often as they seem to have reenergized me.
Please check out my digital to-do list: https://trello.com/b/RM8yD3eq/rae-roy-general