January 17, 2022
Recently, a good friend asked if I'd like to join their household since I've been dealing with the pandemic alone. Living through this without much of a local support network has been mentally tough, so I gratefully accepted.
Tonight, we played a boardgame. The actual plan was for me to come over after dinner, but they had car trouble, so I gave one of them a ride home from work and we ate and had some drinks.
The game is an introduction to Dungeons and Dragons called Adventure Begins. It was pretty fun. There are 4 characters with a couple of options in how they can be played. There are several different situations like monsters to battle, some that need help, and opportunities to come together as a group. Also, fun fact that not many commonly known words rhyme with dragon. It was a a nice and short game, which was perfect to play with young children. 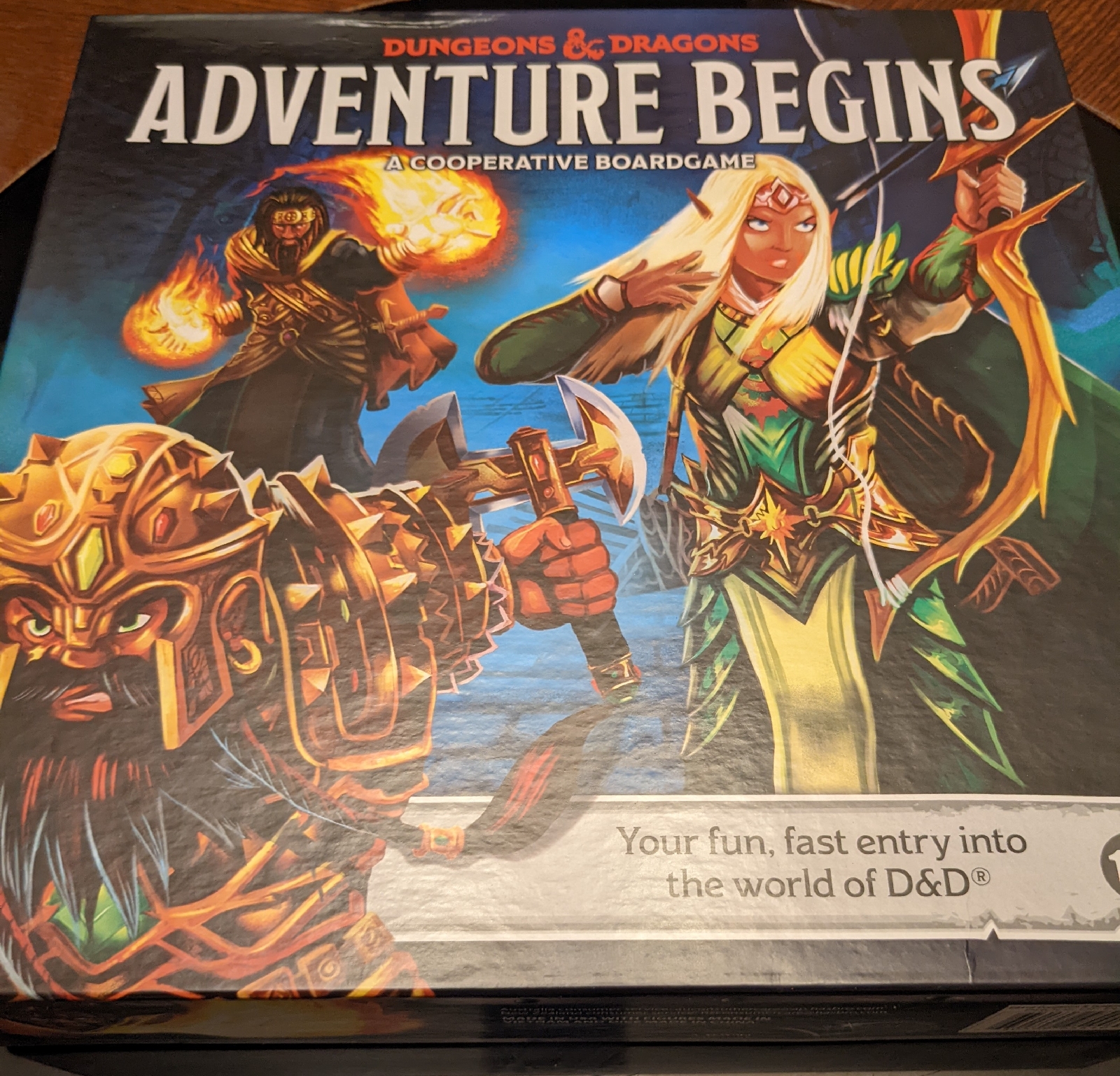 It's a lucky thing that I brought my booster device and had them plug it in to charge despite that a mechanic had come and changed their battery out because I needed it to get my own car to start when it came time to go home. I wasn't shocked given that my car was a bit grumpy about starting earlier and because we've had several days with extreme cold in the capital. It's also old enough that I might need a new one soon. I'll have to keep an eye on it and keep my booster pack ready.
My goals progress can be found on my Trello board at: https://trello.com/b/RM8yD3eq/rae-roy-general