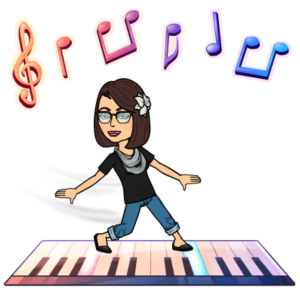 History is something that can override logic at times. Sentimentality is an emotional attachment. It makes it hard to get rid of things like sweaters. Often it's a longing for a time when life was different and seemed wonderful or at least better than what one is living right now.

I grew up in a time where children played outside and rarely were seen by their parents except at meal time. We were too busy playing in the neighbourhood. Street hockey, Hide-and-go-seek, Grounder, Redass, 21, and so many more games. But it wasn't all good. There was more bullying. I think that helped me become a strong adult today, but it certainly wasn't fun to go through. Also, I definitely can't pretend laws that let parents send their kids to buy cigarettes for them were a good thing. We were also poorer and I remember my parents constantly worried about the mortgage and other bills in those days. It was before my mom became a hoarder though, so there's that.

I collect vinyl records. Often, I'll get new-to-me ones cheaply at thrift stores. Especially classical records as I can get them for $1.99 and instrumental music is great for background noise that helps one focus. I also just enjoy orchestral music.

Sometimes, it's necessary to preserve history. We know the dangers of not remembering the past.

So I let my emotions guide the purchase of an album. It's called, "Travellin' the Northland." On it's cover is an Ontario Northland train. Ontario Northland was my favourite workplace and it's an important part of the northern transportation sector, so it's neat having this piece of history. The trains run behind my parents house, so it's something that really speaks to me on a deep level.

I'm unsure, but I suspect these men worked there too. I'll have to get in touch with one of my friends that still works there to find out.

It's in good shape, but much of it is in a style of music that I wouldn't normally choose for myself: country. In fact, I'm usually more likely to listen to anything but country music. There's also some polka on it that isn't terrible. It was recorded at the local TV station and manufactured in Oshawa, where some of my friends live. The recording quality could be better, but it makes me smile thinking about my old workplace and my hometown.

I think it's important to be careful when following your heart in general though. It's really common to wonder why one ever dated certain individuals. The heart doesn't know everything and often refuses to listen to reason.

As far as consequences go, emotions guiding me to a country/polka music album rather than jail or death is pretty good, so I'll take it.