I walked around and found all my friends but one. No matter how diligently I searched, I could not find him. My sense of direction seemed off kilter, though.

I bought flavoured cinnamon decaf coffee. And this year's addition to my POP dolls collection are Hermione (with her wand) and Kailee from Firefly. I also bought a sweet Wonder Woman hoodie, which came with a giant tardis bag that literally touches the ground. I promptly went to my car to offload as it was a tripping hazard.

I really enjoyed the Geek Universe concert, but had trouble making it through because I was sorely in need of sleep.

I finally found my other author friend and hung out with him a lot. He's a fun person and aside from great conversations he has convinced me that someday I will be able to overcome my introverted nature and be able to sell my books once I have them to sell. This is good news!

Unfortunately, I could not attend the Alan Tudyk Q&A because he was still on the airplane...

The Steampunk panel on gadgets was interesting. I had been to one like it there previous year, but I learned about writing books this year. Those will come in handy at some point, I'm sure.

My Chihiro costume went over well: 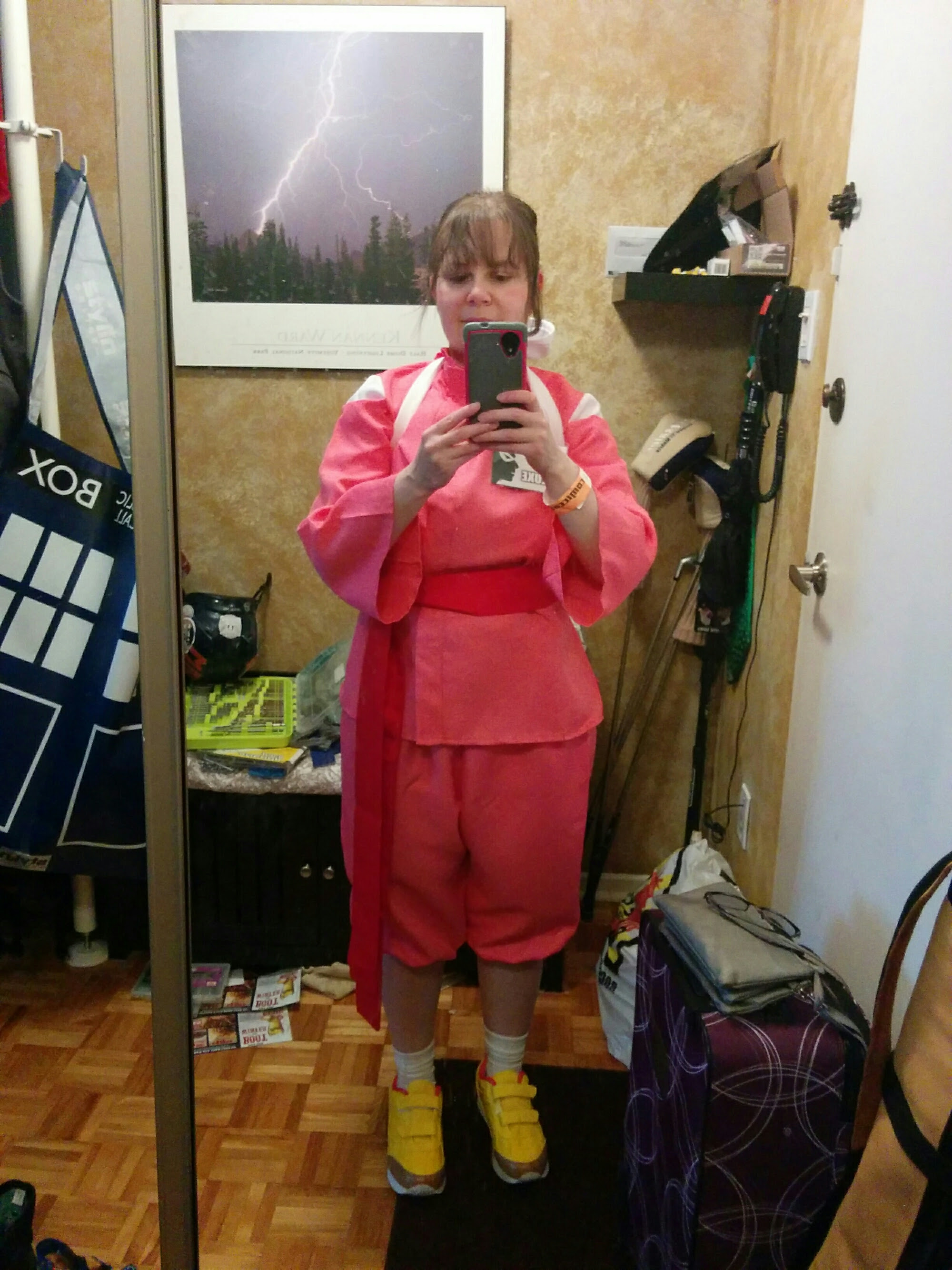 I missed the Zombie defense panel because the it was over capacity.

I WAS done shopping, but then I saw a Hogwarts dress and it was the last one...

Well, I went home early because I feel like relaxing with Rocksmith perhaps followed by something like Assassin's Creed.