It's been an odd, but mostly good week for me. Also, quite an eventful one. 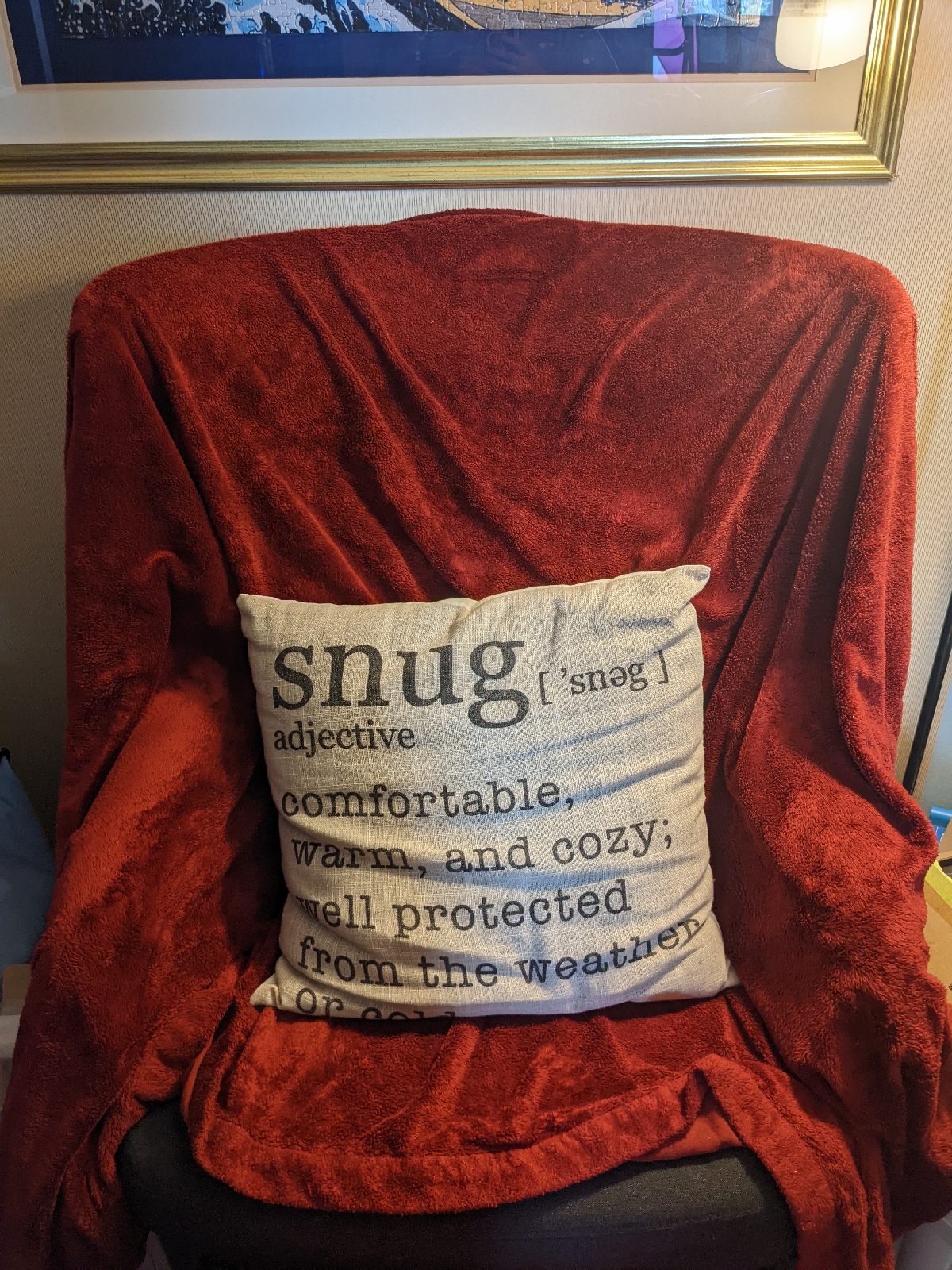 I have reclaimed my reading chair finally. I'm looking forward to making use of it!

I have several larger items I need to sell in order to get my living room, hallway, and entrance back. my tiny condo feels extra tiny right now. One item, a friend will be helping me with later in the month, but I'm hoping I can get the rest gone before then and get a little bit of cash to put on my credit card.

Goal 2: Plan next steps in the declutter. [August] 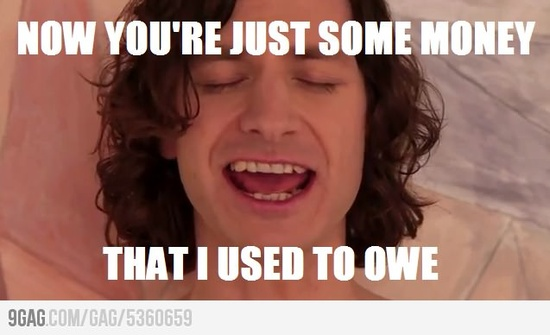 This morning, I sent my last payment to OSAP. Now I can focus on other debts more than I have been. My CPAP was covered despite only having mild Sleep Apnea, so that's excellent! With my student loans gone, I can make a plan for the rest, though I have one more major expense to deal with and that is the calipers on my car. With some luck, I can hit it all much harder though.

Goal 1: Get the tires changed/stored and the calipers handled on my car. [July]

Goal 2: Book an appointment with my advisor to see if there is something I can do like take a small amount of my RRSP to wipe it all out, then promptly return to contributing. [August] 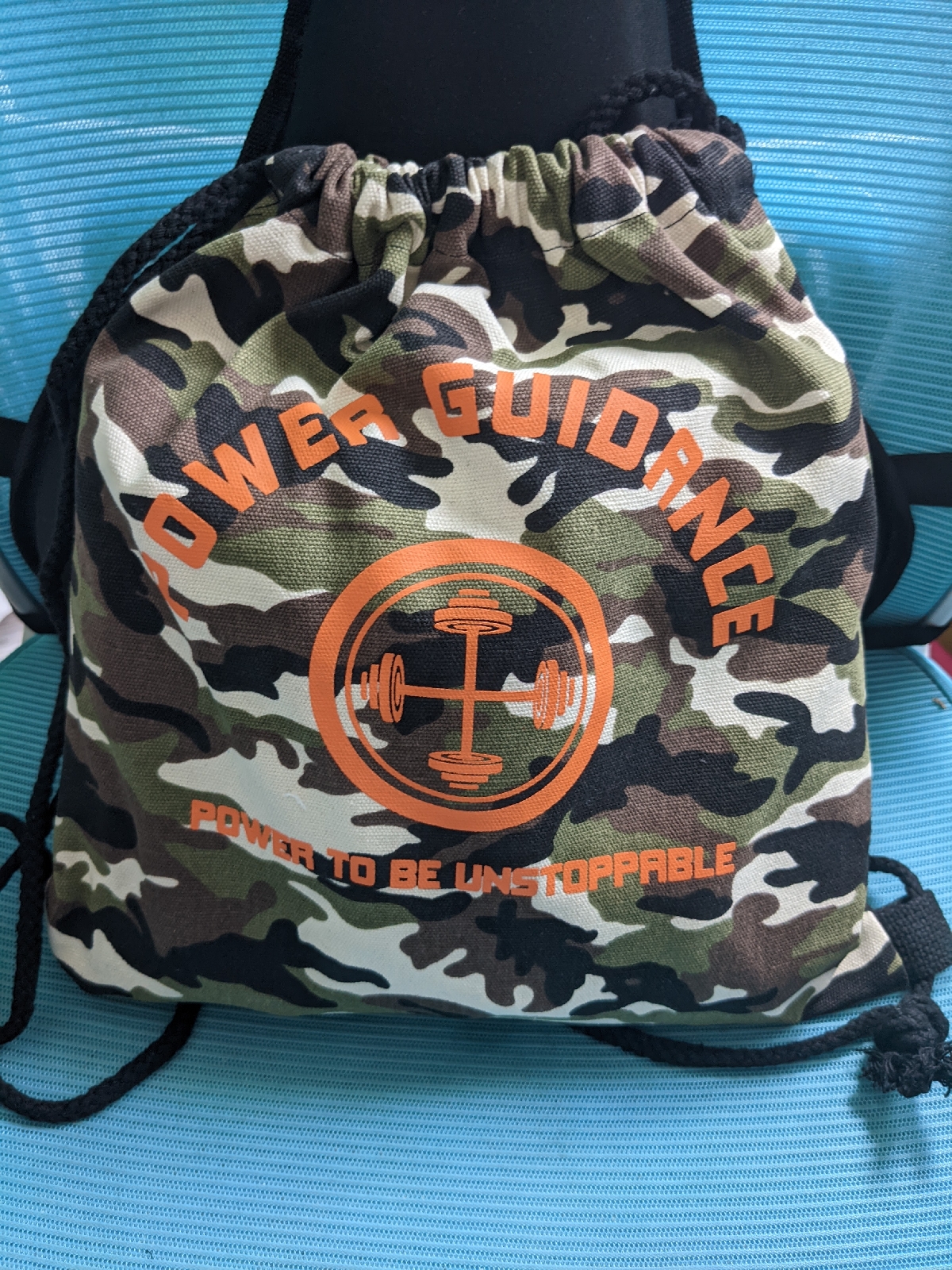 I'm trying out a different company's virtual medal challenge because The Conqueror doesn't currently have anything in France and I really want to learn more about one of the places I have ancestry in. Who knows, it may feature in something I'm writing one day. The challenge is The Pacer - Paris and the medal is quite beautiful. I can't say that I like it as much. I feel like I had more updates on The Conqueror app and I really like that The Conqueror partners with companies who are working on cleaning up the environmental messes that humans have caused. Those percentage updates are usually at a different point than the postcards, so it's more motivating.

I have new walking shoes coming as I've found Vans aren't great for this. Not for me anyway. I need more cushioning. A set of resistance bands arrived today. These are birthday gifts to myself.

What I really want is a rowing machine, but I'm holding off for a few reasons, like the cost and because of the large items I need to sell to have any kind of floor space for it. I'm looking at ones I can fold up, so they can be put somewhat away when I'm not using them or have someone over. It's the gym machine I enjoyed the most and it's a full body workout, so with enough resistance modes, I can just put something on the TV or some music on YouTube and get moving. I want this to be part of my workout plan for the winter as I know I won't want to go walking for much of it. I have too many pain days in the winter from the damp cold.

I've been saving up to do the LotR challenges and I think I'm there. I should be able to get The Shire done easily before winter and then perhaps I can row through The Fellowship.

Goal 3: Purchase a rowing machine that folds up. [September]

On Monday, I got to participate in a music video. My job was pretty much drinking at a bar, so I think I nailed it. It was for Danielle Allard and I'm told the video will be released around October.

I've been spending a lot of time figuring out what I want to do. Like what sound I want for my own music. I think I've got a clear idea now and I'm excited to be working on it. I have quite a bit to learn in terms of playing and crafting the sound, but I have a clear vision for my vocals now. One piece at a time until the puzzle comes together ;)

Goal 2: Come up with a practice routine. [August]

Wednesday's SOMA stream started 45 minutes late because of technical issues. It turned out that I just had too many things open and a reboot fixed everything. There always seems to be something with streaming on Twitch.

I added a bot, which I don't fully know how to use yet, but I was able to create some fun commands for the channel. At least, I think they're fun. I have some lights coming to add some colour. And I plan to do a lot more once I reach affiliate. 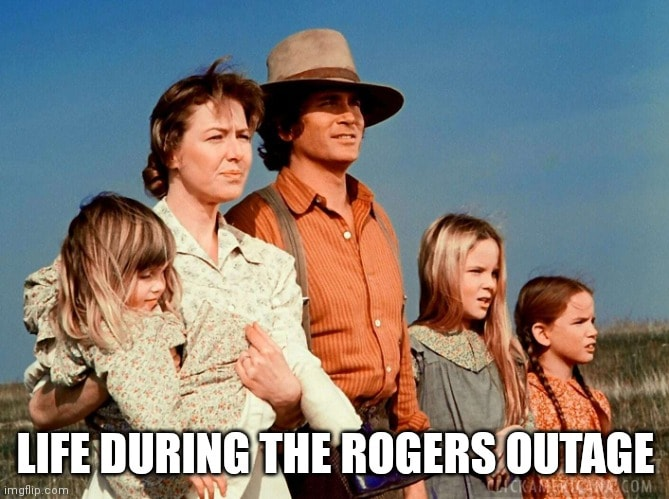 As I didn't stream on Monday due to a dinner outing, I was planning to do a pop-up stream on Friday to make up for it. Well, the ISP I'm with runs their cable Internet service on Rogers lines and Rogers massively screwed something up, which left many across the country without Internet and some weren't even able to call anyone, including 9-1-1. I have issues with that because 9-1-1 is supposed to be service independent. There shouldn't be a case where someone can't call 9-1-1 as you're supposed to be able to do so without even having a SIM. Clearly, something needs to change. There is a lot of chatter on whether there needs to be more competition, government regulation, or something else. Personally, I think I would like to see less competition, but not monopoly. There are so many skilled techs that could've fixed the issue faster. They just happen to work at other ISPs. In fact, other ISPs were offering to help Rogers fix the problems and get everyone back up. ISPs make deals all the time to do things like swap fibres. They have change management and there is usually a back out window when a change is made to revert in the event of problems. It didn't seem to me like this was followed. Also, I'm not sure why they didn't do staggered updates. They could've seen an issue in a smaller chunk of the network and not taken down at least 25% of the country.

The whole Rogers thing was a wake up call for a lot of people, myself included. I should have a bit more cash on hand at home in order to at least get some groceries. Several are reconsidering their choice of phone provider after this, since they were without 9-1-1 capability. I'm really hoping that no one died because they couldn't contact emergency services.

Goal 1: Update the about list with your commands [July]

Goal 2: Get to Affiliate [July]

Last week, I started writing a song. I have one line of music written and I have no idea where I put the lyrics to that one. Clearly, I need to be more organized there. Or maybe I didn't write much more than that.

I had a strange interaction on the train last night and wrote the lyrics to another song when I got home. It's about a woman who slid into the elevator with me after I almost closed the door on her because I was desperate to get away from the drunk girl who had been puking on the train.

It's not my novel, I know, but it IS writing.

I half take off the summers anyway to enjoy the nice weather and experience things that help fuel my writing. I also like to try and further some other skills like drawing during this time as I have future goals for other skills that tie into my writing. And I have been jotting little notes down to add to my novel.

Goal 3: Figure out what happened with that other song I started [August]