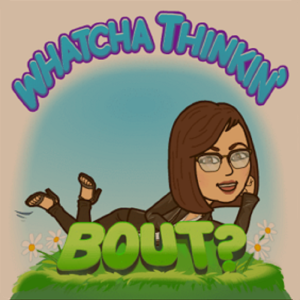 I'm in a holding pattern on several projects at this time. For my sewing business, I'm waiting for my thread to arrive. But there's lots to do in the interim. I've been making the space ready. I've been purchasing supplies and planning specifications. I can also do some personal projects to test out which seams are best.

There's always something you can do when you're waiting.

I'm also waiting to hear about my novel. In the email they first sent, it said 6 weeks, but their website lists a longer time frame. In speaking with a more experienced author, I've decided to wait to ask about it until the period listed on their website has come. They could be swamped. They could have even made a typo in the email. At any rate, I have a slew of other writing projects to work on in the meantime. I'm editing a short story, I'm writing a B-movie script, I'm sorting out where the hell I am in one of my novels... It's a first draft. Yuck. I also have a newsletter I've been wanting to get out which involves editing a piece of flash fiction.

I'm eagerly anticipating school though summer isn't here yet, so I'm doing a 30-day script writing challenge. Thankfully, it has a learning portion to help guide me. This is me trying to reduce my workload come September because if I already know some of the things, I figure I won't be overwhelmed by the learning curve for some of my courses and will be able to be more successful. After this script challenge, there are two books I want to read on script writing and by the time I'm done those, I expect it'll almost be September.

And I have other things on the go as well. This Saturday I'm part of an Iaido demonstration at the Japanese Embassy. Next month, I'll be attempting to grade Jodo. I'm excited for that weekend because it's one where I get to spend a large chunk of time with my martial arts friends that I only see a couple times a year.

I'm also cleaning a lot. Between work and how busy my life often is, I fell very behind and my home has been a disaster. The cleaner my home gets, the less I have to do other than my projects though. I think I'll be able to write better once my home is clean.

But I didn't do much of that stuff today. The weather was gorgeous and I have been cooped up inside for so long that I felt that a break was in order. I had to bring my guitar in for a "free" tune up. Free except for the cost of strings. I'm not sure how much the tune up normally costs. I also renewed my warranty for $6 because they said it even covers if the guitar's neck warps. The guitar place is right near a friend's place so I visited her and hung out with adorable toddler too. We walked, caught Pokémon, and went to the park. I tried to explain to him that I couldn't also play on the play equipment because it's just for kids and it wouldn't be fair for me to use it when there were many kids playing on it. He didn't really get it, but I'm sure he will understand soon enough.

Anyway, we ate pizza and played a little more before I left to get a few errands and such done. It was a beautiful day and now I better get some writing done.