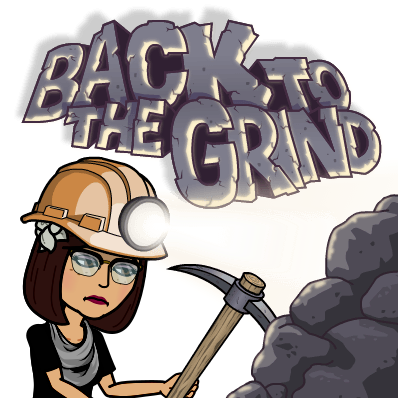 On Canada Day, I decided to go geocaching. Out of three attempts, I found one cache. My friend, who has hundreds, assures me that it will get easier and that finding any at all was pretty good. Between cache one and two, there was a Bridgehead that was open and had delicious watermelon rooibos iced tea. It was a welcome refreshment on the warm summer day. Cache number three seemed like it should be easy, but I couldn't get to the coordinates for some reason. I'll try again soon. Cache number two is very close to CSIS and it feels weird to be climbing through bushes and whatnot with their cameras pointing at me. I don't really want to have to explain that I'm urban treasure hunting. But I'll probably get up the courage eventually. I should get some high DEET bug spray so I'm not worried about ticks in the long grasses. After that, I finished my one garden box but the new roll of chicken wire pinched my fingers so I couldn't start the others and switched to writing my MTS blog post and working on a short story for a Hallowe'en collection. You'll hear more about that in the months to come. In the evening, I watched a shark-themed B-movie with some friends in honour of shark week. I also kicked off a month of love poems on my site and finished my first garden cage. You can read my view of staple guns here.

The first line in squirrel defense![/caption]

Saturday morning, I watched the cutest group of martial artists. My friend's toddler is in the class and they're too adorable to be scared of them. Saturday evening, I cleaned up the mess from drilling and stapling the cage. No more sawdust and failed staples littering the floor. Then I listened to some new-to-me records (The La Bamba Soundtrack and Simon & Garfunkel's Greatest Hits) that I got for $2 each. I also have Man of LaMancha and a Neil Diamond album, which I'm not sure about, but for $2 I thought I'd try as I do like Sweet Caroline. I also bought a few trumpet, trombone, saxophone, and marching band albums. I never went to band camp but I was a band geek in my younger days.

At iaido on Sunday, I was the senior student and had to pretend like I knew what I was doing as we demonstrated Tachi Uchi No Kurai. I hope I was convincing. In my mind, I could hear someone reminding me that as a lowly shodan, "I know nothing". Or maybe that was the finale of Game of Thrones lingering... There were a couple of newbies and they're always cute rather like the Taekwondo toddlers.

I've had to put together a schedule to keep track of everything I have going on as far as writing goes and ensure I have time for other things like learning French and practicing guitar. I'm learning the art of putting a hard stop on my writing time and trying to stick to specific writing times because I was burning myself out.

As far as French goes, I'm working my way through L'Etrange Vie de Nobody Owens by Neil Gaiman in comic book format. The pictures help fill in the gaps and I'm enjoying the story, which is quite silly in a lot of ways. It's about a little boy who is raised by the ghosts in a cemetery and one vampire who goes out at night to get him food.

I'm currently working on a short story involving one of the characters from The Page & The Magician. It's a mystery and I suppose it's also a fantasy/romance. I'm aiming for 10,000 words and I'm on a deadline. About 9,000 words to go!

My first post at My Trending Stories (MTS) is up. You can read it here.