This is a hard week for me to think positively. This "spring ahead" time change has been linked to heart attacks, car accidents, etc. Moreover, there is no reason to continue doing it in today's world.

But it does usher in the spring. Or the rainy weather that will melt the remaining snow and water the growing plants. Speaking of growing plants, my tomatoes have all sprouted and the peppers should by tomorrow or Wednesday. It's time to plant scallions next. The rest I can direct sow a little later. I better add planters and soil to my todo list for later this month. 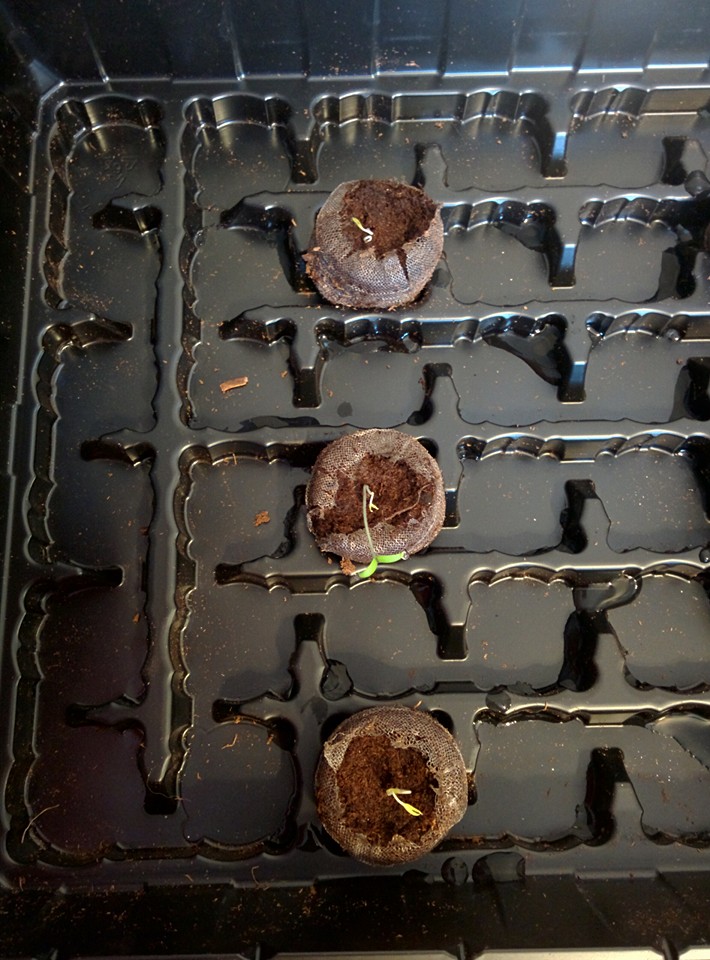 Spring ultimately ushers in a time of new growth. I'm looking forward to this year's bounty.

Oh it also inspires many to clean. I'm slowly plodding away at the papers and things strewn about my home. After I finish my taxes, that should get easier. I don't really have a timeline for it to all be clean. I figure as long as I'm working on it steadily, it will happen. The world won't end because I'm behind on my dishes.

On Friday I arrived home with a new-to-me PC procured from work after they upgraded our machines. It's up and running Kodi. I had to use the adapter for my monitor, which I rarely use anyway. I haven't decided what to do with it. I have been doing more writing on the couch than in my writing nook, but I expect to get back there once I clean the place up a bit. I'm aiming to clean the living room first as that's where I might want people to be someday. I'm enjoying such free channels as TV Ontario.

On Saturday my plans for karate and anything physical were shot. I awoke barely able to move my shoulder from a rotational perspective, which is used in many more functions than I knew until I felt pain moving. I still did what I could with one hand. I practiced footwork at home. Sometimes it's good to separate the two anyway. I bet my karate club thinks they'll never see me again as it's been awhile (B12 deficiency followed by flu and now this shoulder pain). I also washed as much as I could reach of my balcony door and window. At least I could write without pain. I made progress on my short story Solarium that I'm writing for an upcoming anthology. The only trouble is that I was originally intending it to be a more optimistic piece, but it's becoming darker. I guess I don't believe utopia is humanly possible.

On Sunday I was too sore to be swinging a sword around, but mostly functional otherwise. I did a little more cleaning then acquired the snacks for B-Movie night. I was hosting at a friend's place. The theme this month was super heroes. I chose Kung Fury and Scott Pilgrim vs The World as I hadn't seen either. My friends were sad that I had never seen Scott Pilgrim, but happy to be helping me right that wrong. I'm sure the tasty "super food" snacks helped. I briefly debated bringing a superfood salad, but friend's are not made with salad. Besides, chocolate brownies are a superfood, right?

Solarium - I'm aiming to finish this short story this week.
Miyazaki - Watch at least one more of his films this week.
French - Continue working my way through duolingo. Try to finish reading a kid's story.
Crafting - Finish and mount at least one of the "shelves" for my growing POP! dolls collection.
Ad Astra - Book my hotel room.
Karate - Write out the steps to Heian Nidan. Make it to class this week.
Iaido - Continue improving leg/butt/core strength.
Posture - Do the exercises from physio.
Guitar - Play a couple of times this week to work on building calluses more.

Seems like a busy week, but it's really quite average for me.

Better get started though.