August 29, 2021
August 8th:
Well, I made a lot of progress on my bathroom reno, but I also hurt myself. After several days of working on it, I'm done installing and caulking the trim. I believe it was the contortionist maneuvering I had to do near the toilet that has done my oblique in near my back. At least it's only part of the oblique muscle?
That being said, the main things left are painting the trim, and some other caulking. Those items can mostly be done regardless if I save the trim painting behind the toilet for later.
August 15th:
So, I meant to post that last week, but I was in quite a lot of pain. Though I haven't fully recovered, I'm doing much better. I acted background in a movie for a fight scene and was able to throw myself to the ground without hurting myself. Mostly. I did come away with a bruise on my calf from my own shoe: 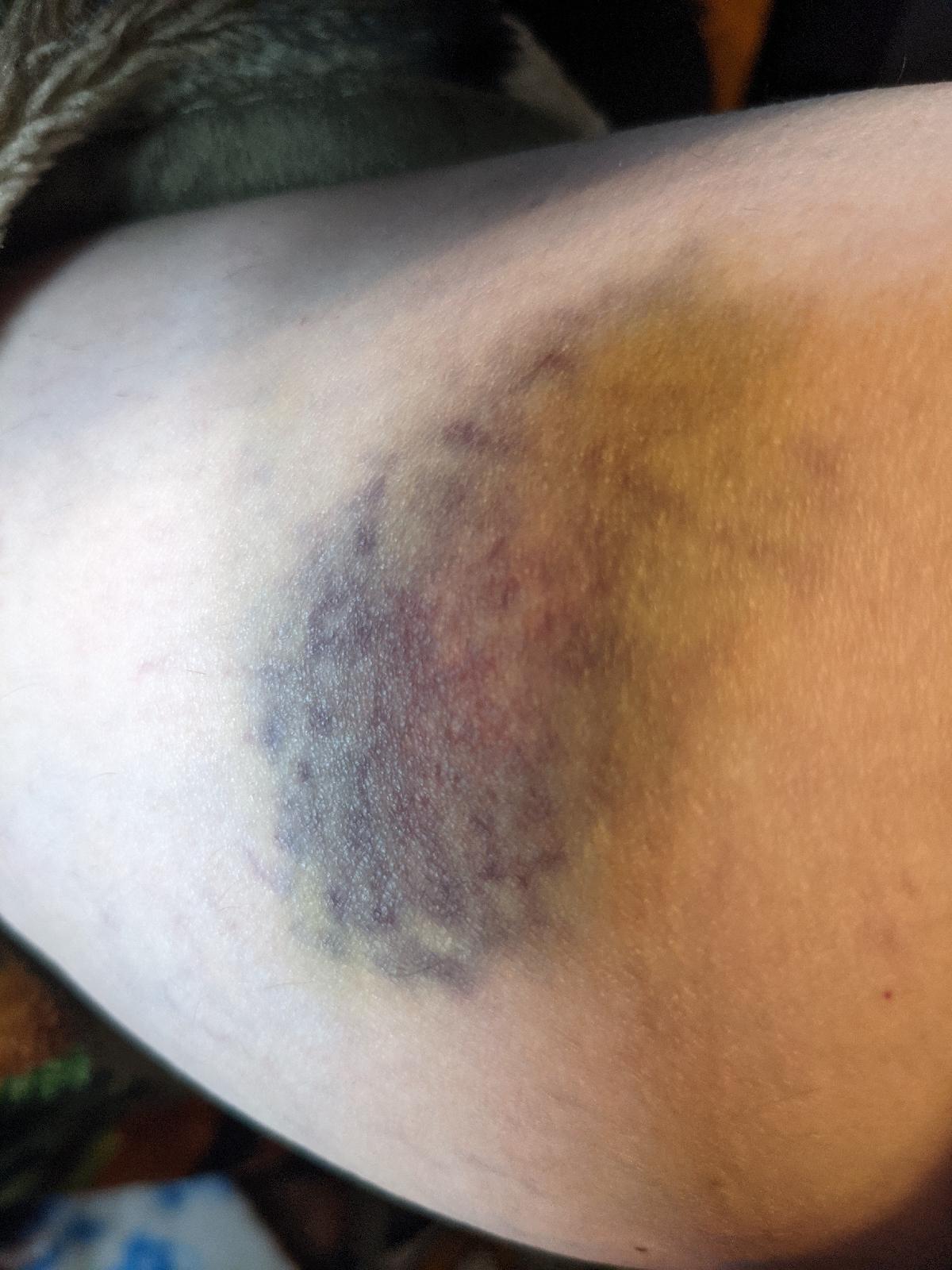 I'm extremely tired after 4.5 hours in a park during ragweed season, but it was so nice being able to see friends and hug them!
August 29th:
Clearly I'm doing well at blogging lately (sarc).
Sorry for being terrible in this area.
But I have reached the décor part of the bathroom reno! Though I'm not completely through the project, this completes phase 1 and I can take a break. This is good because I really need to clean the mess that living in a reno has brought.
It's also a good time for before and after photos. Before: 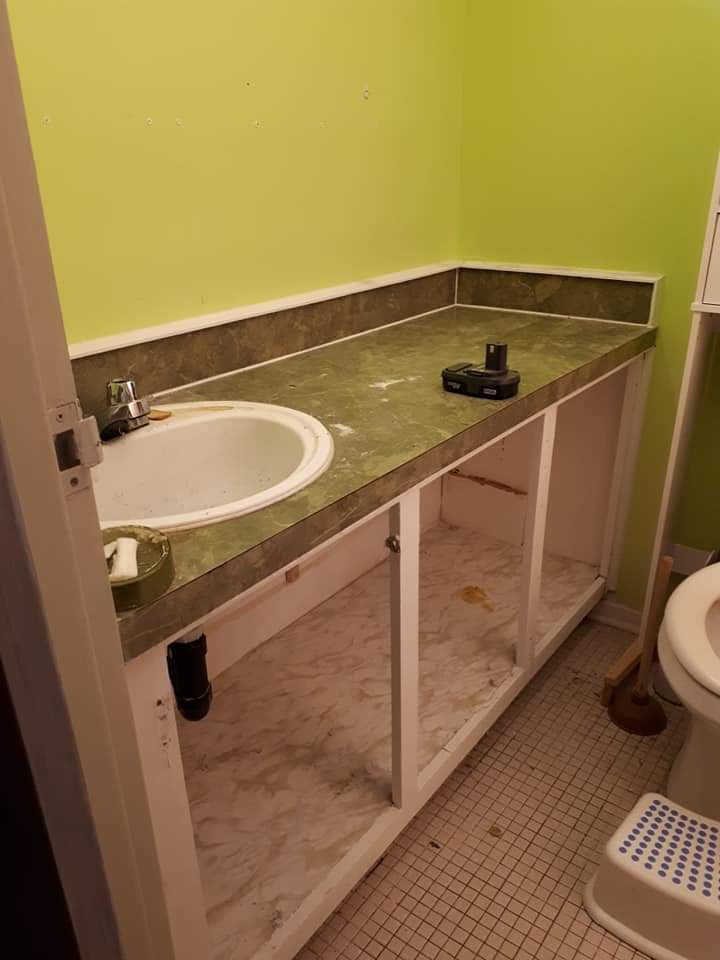 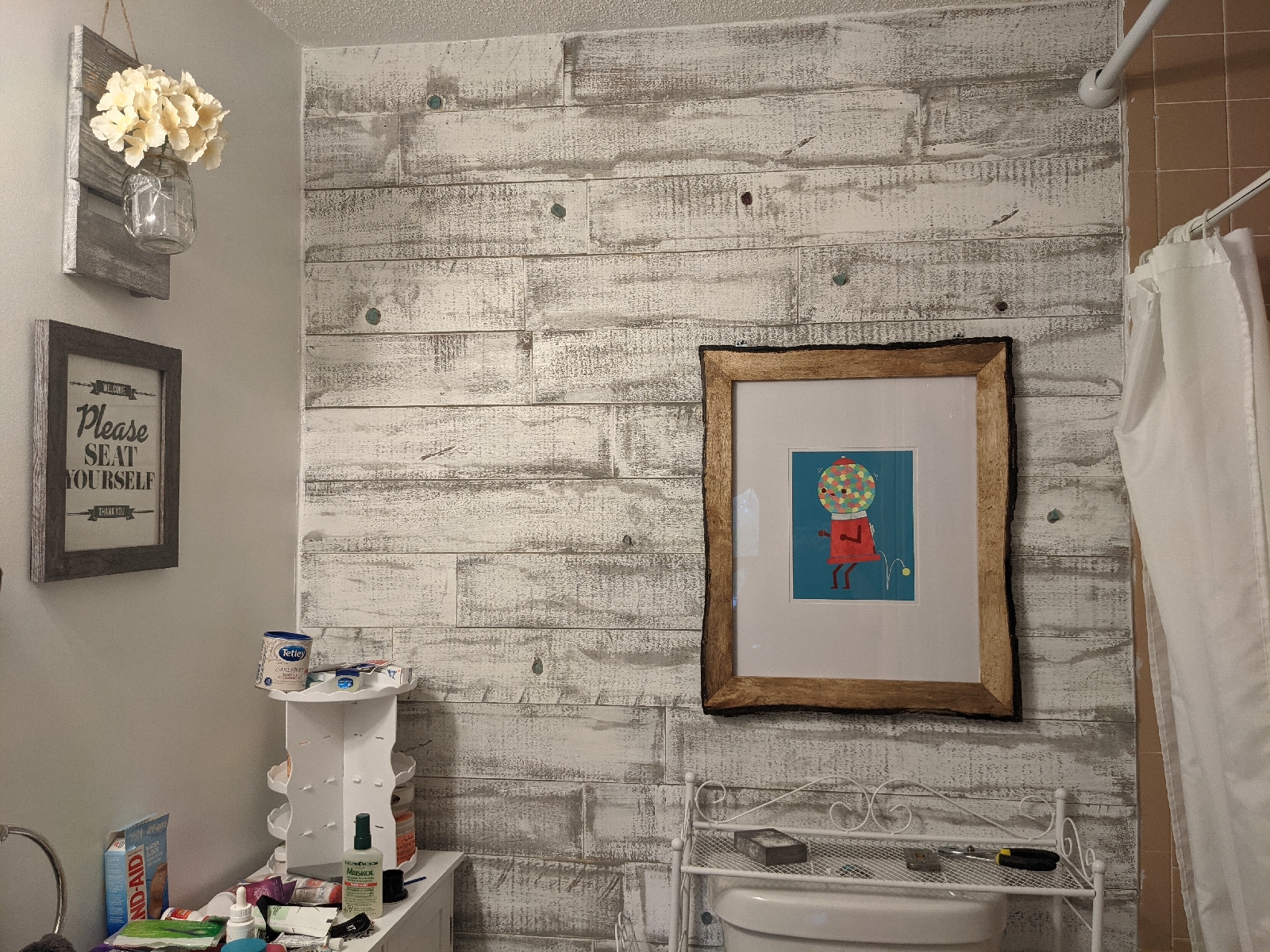 With that, I'm 90% through the bathroom reno!
Phase 2 will be having a plumber convert the valve, installing a tub surround, and refinishing the tub's inner and top surfaces.
For other updates, check out my Trello: https://trello.com/b/RM8yD3eq/rae-roy-general