I had several nights a couple weeks back where I flowed in and out of dream sequences.

I was fighting with my mother about whether or not we should try and protect the dog from mosquitos. I kept arguing they can get infections that disfigure them and she kept arguing that it was just a dog. The dog wasn't their dog. It was a friend's dog, Snowy.

I was moving into a shared house with friends and one was being really jerky about what I was allowed to bring and not. Someone brought some of my things for me and they included garbage like old pizza boxes. I was adamant that my books were coming. My friend brought all kinds of stuffed animals that weren't mine like Pikachu and was taking up space in my room with them.

I was at the store with friends and we came upon a box of fabric softener sheets that had my name on them. It had to do with a return from Amazon that somehow ended up at the grocery store. I hatched a plan to get them for free since they had my name on them. Somehow, I had magic powers and I knew how to do all the codes at the grocery till, so I reduced the price on them to zero. People were annoying behind me because they didn't want to wait their turn. Also, the cash layout was backward as the conveyor belt led away from the cashier.

I dreamed I was part of some cycling marathon and we were digging holes in the ground near the sidewalks to sleep. I'm not sure where our bicycles were stashed while we slept.

Dinner with family involved the need for an apple salad? We seemed to be in an empty restaurant downtown and this salad was a critical need.

Fast forward to the present and my parents' poodle, Kona, had to have surgery on his leg because there was a tumor at his dew claw. So that and a toe were removed. He's already following dad everywhere and wants to play at bedtime because he feels so much better. My 77-year-old father is glad he's back to himself, though he'd prefer to sleep at bedtime :)

I made myself a fitness plan, but I haven't quite gotten to it. I tried to cycle, but my bike tires wouldn't hold air. I did try something and I need to test it out again. I think I'll just try it in the parking lot this time. I started keeping track of my weight and I lost 5.8 lbs as of weigh-in last Monday, but gained 1.3 lbs back at the start of this week. Still, that's pretty good!

I found out I've been leaving my bathroom wall open for nothing. It would have been nice to know that months ago. I'm not happy about that at all. I and the whole building complex have a different plumber now. Last weekend, I moved the fiber board in from the car when it wasn't raining. It was a hot day and I had to take breaks between each one to stay hydrated and catch my breath. Now that I have finished the flooring, I have started to put it up, though I ran into a snag as the toilet tank decided it wanted to leak, so everything has to dry. Luckily, there is vapour barrier, so only the plastic is wet. I can't wait to cover it with distressed wood planks. Then I can put up my proper shower curtain rod. 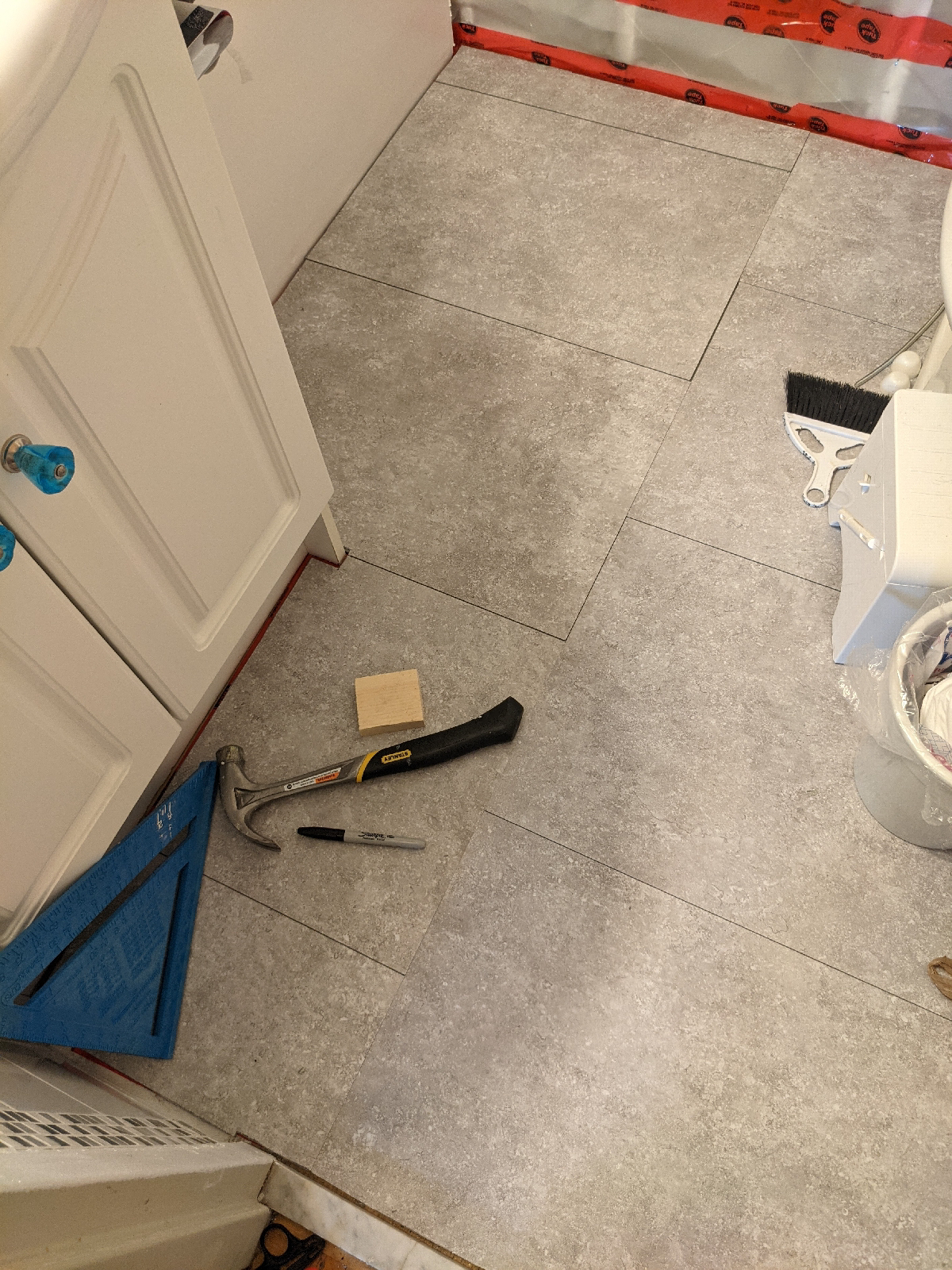 I got myself a letterboard and it is now listing my projects in order. I've gotten another chapter edited! Now I'm trying to figure out how to make something futuristic without drastically altering its nature.

Lately, I've been doing more reading and relaxing. This has been much needed as I have a new role at work, which can be quite demanding at times. It's a governance role, so I get to use the word no often.