September 06, 2015
Thankfully it's the long weekend and even Monday isn't Monday. This does mean, however, that Tuesday becomes Monday and remains Tuesday.

I haven't made nearly as much progress on cleaning my place this weekend as I was intending to. Is it laziness? The heat? Am I just tired? Maybe a little of all of those things. I have tomorrow too, right?

I want to skip cleaning and just write. What do I want to write? I don't know yet. I'm thinking of playing around with The Blood Waitress Club. It's basically first drafted. I even have a cover already for it, though only an eBook and not a paperback one. I think I could get the rest done easily though. The back of the cover could just be black with high contrast text... I don't know about the spine, but I'm sure I'll figure it out.

Perhaps a short story would be best first. Like a palette cleanser.

I'm going to force myself to do some dishes first though.

I have a doctor's appointment I better not forget about tomorrow. Yes, on a holiday. Hopefully it's short.

I've added a second adult album to my vinyl collection: Radiohead - Pablo Honey. I find listening to vinyl is relaxing in a different way than digital music, but that may be due to often having headphones in for digital music. I got two free albums recently for playing the Family Guy game and unlocking Avril Lavigne and Alice Cooper.

Oh!!! I got a betta fish. I've named him Winchester the Amazing! We aren't quite used to each other yet. Sometimes he sees me as a threat and starts flaring at me. 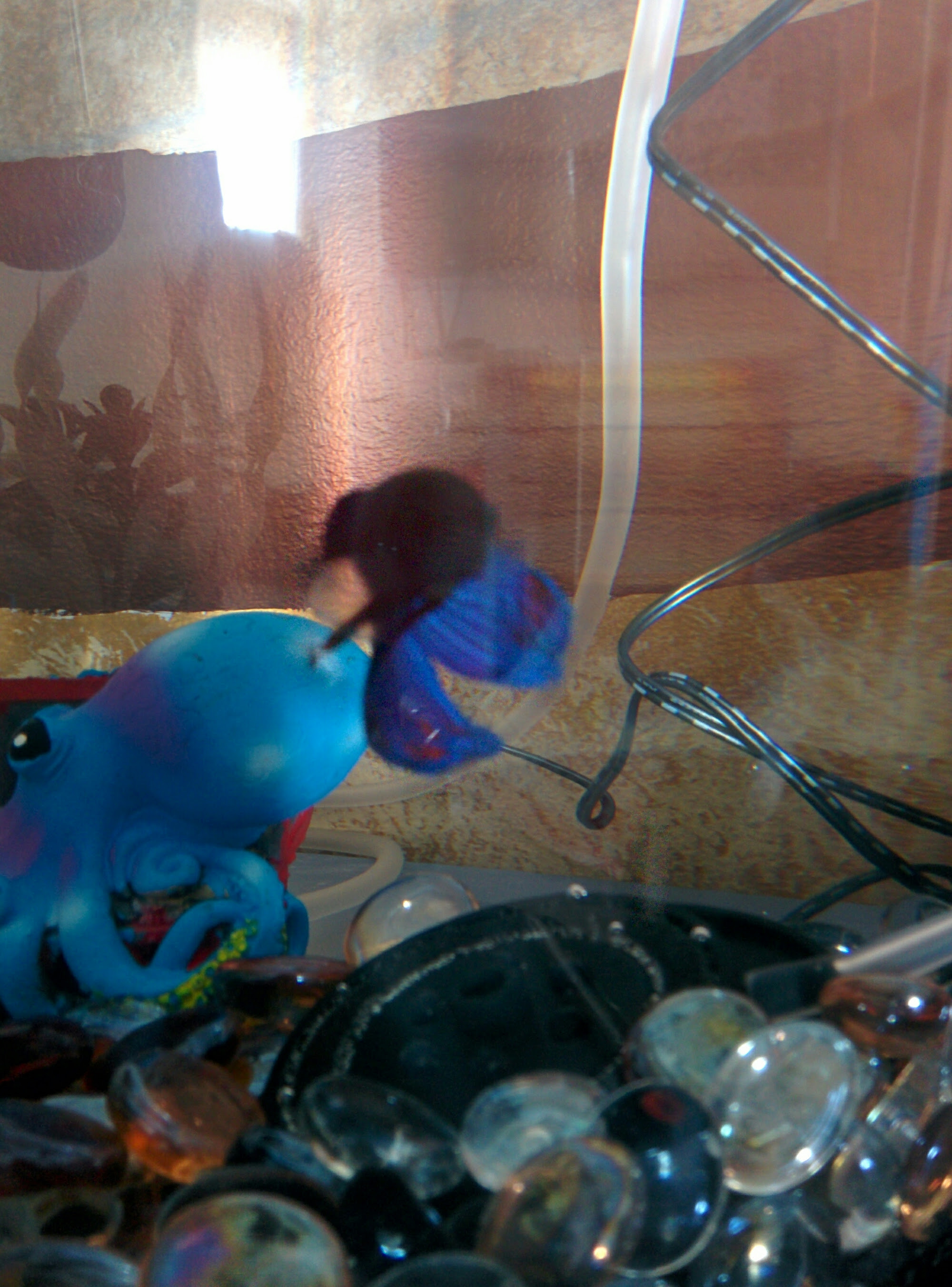 He's hard to photograph, but is beautiful. He's a mix of blue, purple, and red. I'm trying to get him hooked on Supernatural, but so far no dice.

I hope it doesn't upset him that I'm having crab legs for dinner...